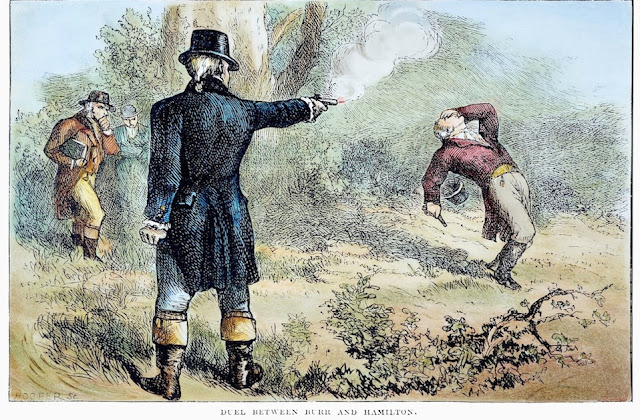 On July 12, 1804, Alexander Hamilton died at his friend William Bayard's home on Jane Street, having been shot the day before by Aaron Burr in Weehawken, New Jersey.

Over the years, numerous illustrations have shown the dramatic moment of the duel when Burr shot Hamilton: 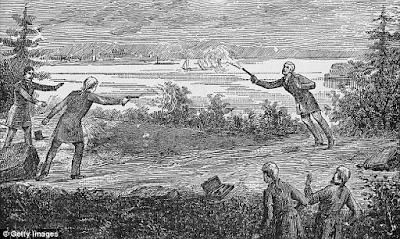 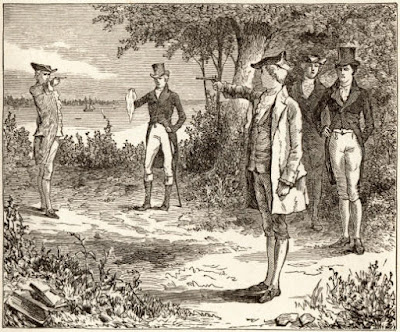 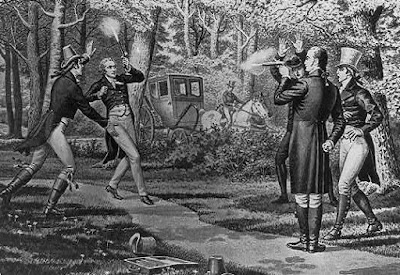 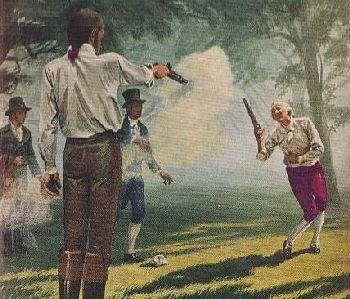 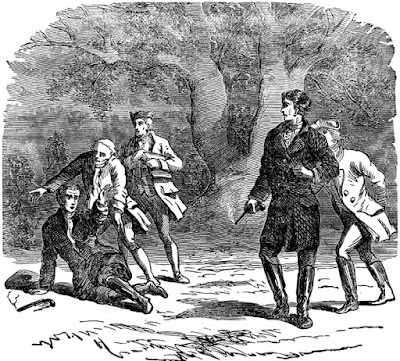 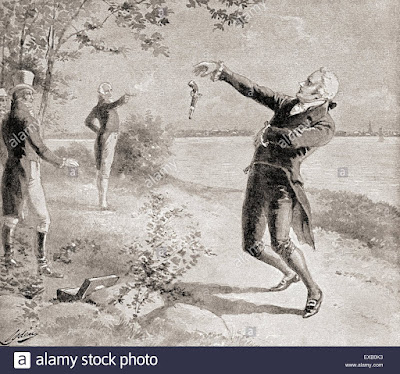 What all of these illustrations have in common is that all of them are wrong. While there were other people present at the duel, there were no witnesses. As we write in Footprints in New York, Hamilton and Burr


arrived in Weehawken about a half an hour apart. Burr and his party got there first and began clearing the dueling grounds. Hamilton, Nathaniel Pendleton, and David Hosack, a physician, arrived around seven in the morning. By prearrangement, the seconds were to keep their backs turned away from Hamilton and Burr. Since dueling was illegal, this would give them the chance, if questioned, to say they hadn’t seen anything.

Then Burr fired. His aim was true, and his shot lodged in Hamilton’s spine, having first lacerated his liver.


Notice that in every picture of the duel, the seconds are looking on helplessly. If the custom of the day was followed, their backs would have been turned.

Posted by Michelle and James Nevius at 11:46 AM