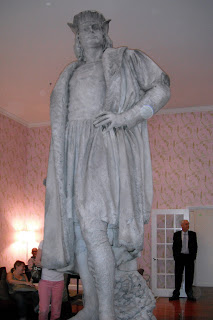 If you've been by Columbus Circle recently, you've noticed that the monument to Christopher Columbus is shrouded in scaffolding. This has been built for a dual purpose -- beginning in November, it will be used so that conservators can clean and restore the 120-year-old monument. But until then, the area atop the scaffold has been transformed by artist Tatzu Nishi into a living room where you can see the Columbus statue up close and personal.


In the years leading up to [the Columbus quadricentennial in] 1892, Carlo Barsotti, the publisher of the Italian-language paper Il Progresso Italo Americano diligently promoted the idea that Columbus be honored in New York, which was fast becoming one of the largest centers of Italians in the world. Through public subscription, Il Progresso raised the money for a statue to be erected...and hired Sicilian artist Gaetano Russo to create a monument to be ready for October 12, 1892. It was unveiled in the newly named Columbus Circle as part of the celebrations for Columbus Day. 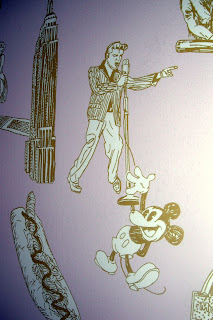 Nishi's installation takes Columbus out of the public sphere and reexamines Russo's artwork not only as part of a domestic scene -- there are couches, newspapers, and CNN running on a big-screen TV -- but also as a stereotypical American cultural reference. The wallpaper Nishi has designed for the installation features other American icons, such as the Empire State Building, Elvis Presley, Michael Jackson, baseball, and the old west. 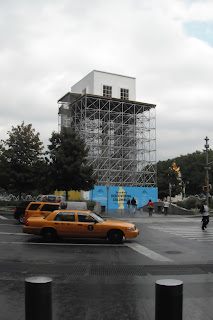 The installation runs through November 18. Admission is free, but timed tickets are required and can be requested at http://www.publicartfund.org/view/exhibitions/5495_discovering_columbus. We're told that it is particularly compelling at night, though we've only seen it from the exterior after sunset. 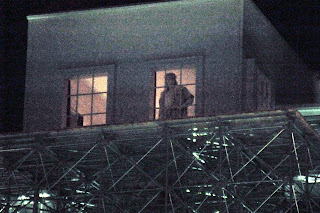 Read more about Christopher Columbus in New York City in
Inside the Apple: A Streetwise History of New York City.

Posted by Michelle and James Nevius at 7:15 AM 1 comment: 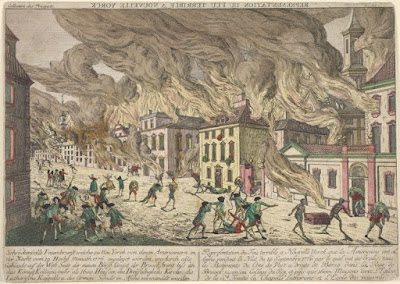 The British immediately blamed the Americans. (One American blamed by the British was Nathan Hale, who was arrested for spying that same day. Hale, however, had nothing to do with the fire.) General Howe called it a “horrid attempt” by a “number of wretches to burn the town….” As most of the damage happened on “Holy Ground” and other Trinity Church property, some saw it as an explicit attack on the Church of England’s power and influence. In truth, the Americans had contemplated the idea of torching the city if it fell into British hands. One of Washington’s generals, Nathaniel Greene (the “Fighting Quaker”), had pressed Washington in that direction. However, when Washington floated the idea by John Hancock, the Continental Congress immediately nixed it and it is unlikely that either Washington or Greene disobeyed Congress.
By the time the fire was extinguished, New York was firmly in British hands and it would remain the British center of authority until November 25, 1783 -- Evacuation Day.

One thing that ticked off the Americans left behind in the British-occupied city was the fact that none of the fire damage was repaired. Throughout the war the area west of Broadway was left to smolder in ruins. Much of the rebuilding -- including re-erecting the city's main church, Trinity, Wall Street -- would not happen until the 1790s.

Read more about the Great Fire of 1776 and the American Revolution in
Inside the Apple: A Streetwise History of New York City.


To get RSS feeds from this blog, point your reader to this link.
Or, to subscribe via email, follow this link.
Also, you can now follow us on Twitter.
Posted by Michelle and James Nevius at 10:16 AM No comments:

1901: Teddy Roosevelt Becomes the First New Yorker to be President 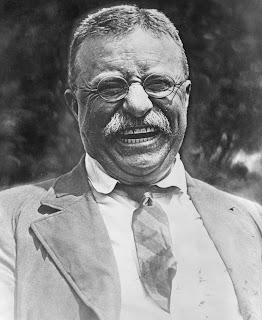 Not only was Roosevelt America's youngest president (at age 42), he was the only one to be born and raised in New York City. As we write in Inside the Apple:


[Roosevelt] was born on October 27, 1858, in the family’s brownstone townhouse at 28 East 20th Street. Often in poor health as a child, much of Teddy’s later bully and bravado was the result of the exercise he undertook in and around Gramercy Park, Madison Square, and Union Square—where his grandfather lived—to boost his physique. The Roosevelt family moved out of the 20th Street house in 1872, and in 1916, the building was demolished to make way for a restaurant and retail shops.

The construction of the Theodore Roosevelt Birthplace is a good example of how a person’s stock can rise after death—especially a former president. In 1916, when the original home was torn down, T.R. was still a polarizing figure in American politics. Having run unsuccessfully as the third-party candidate for president in 1912—which split the vote and ensured the election of Democrat Woodrow Wilson—Roosevelt chose in 1916 to throw his support behind Republican Charles Evans Hughes in an effort to thwart Wilson’s reelection. But he did so only after the Republican Party made it clear that Roosevelt would not be given the nomination himself. Three years later, he was dead and within weeks he was being lionized. The New York State legislature chartered the Woman’s Roosevelt Memorial Association a mere 23 days after Roosevelt’s death. By mid March, the organization had purchased the building that had gone up in place of T.R.’s boyhood home as well as the property next door, which had been owned by Roosevelt’s uncle, Robert. Their plan was to “restore” the houses as they would have looked in 1865, based on the “description written by Colonel Roosevelt in his autobiography.” What this meant, in practice, was tearing the buildings down and starting from scratch. In 1923, the newly built home was opened to the public and was praised as a “shrine to American patriotism.”

When President McKinley was shot on September 6, Roosevelt rushed to Buffalo, but the president's condition soon improved and it was thought that sending Roosevelt to join his family on vacation would send a hopeful signal to the American people. Roosevelt and his family vacationed in the Adirondacks and on September 13, the Vice President summitted Mount Marcy. Camping at Lake Tear of the Clouds nearby, Roosevelt's party was interrupted by a trail guide who had come with a telegram from Secretary of War Elihu Root: "The president appears to be dying and members of the cabinet in Buffalo think you should lose no time in coming."

Roosevelt quickly descended twelve miles to the Tahawas Club, a hunting resort, and then left via stagecoach (in the dark and the fog) to North Creek, the closest train station. By the time Roosevelt had reached North Creek, McKinley had died, and Roosevelt was sworn in in Buffalo later that day.

September 7, 2012, would have been the seventy-sixth birthday of rock and roll icon Buddy Holly. Alas, Holly died February 3, 1959, in a tragic plane crash in Clear Lake, Iowa.

On the 50th anniversary of Holly's death, we ran a popular story about his time in New York City, which we are reposting below.

I can’t remember if I cried
When I read about his widowed bride
But something touched me deep inside
The day the music died.
—Don McLean, American Pie From print and online sources, it seems unclear if Buddy Holly lived in Apartment 4H or Apartment 3B (though 4H seems to get the nod from more definitive sources). Whichever apartment it was, he set up a home tape recorder and in December 1958 made his final recordings, among them Crying, Waiting, Hoping and Peggy Sue Got Married. Posthumously released with overdubs and studio trickery, the original tapes have circulated for decades among collectors. They were recently included on the definitive Holly rarities set, Down the Line. 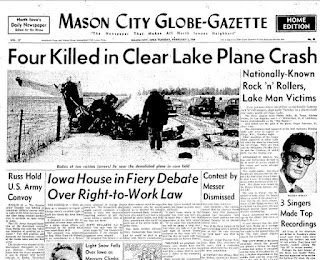 When Holly moved in to the Brevoort in 1958, he paid $1,000 a month rent for a corner unit with a wraparound terrace. A two-bedroom apartment in the building (which has been a co-op since 1981) now goes for about $1.495 million.
* * *
Read more about Greenwich Village in
Inside the Apple: A Streetwise History of New York City


Posted by Michelle and James Nevius at 10:10 AM No comments: