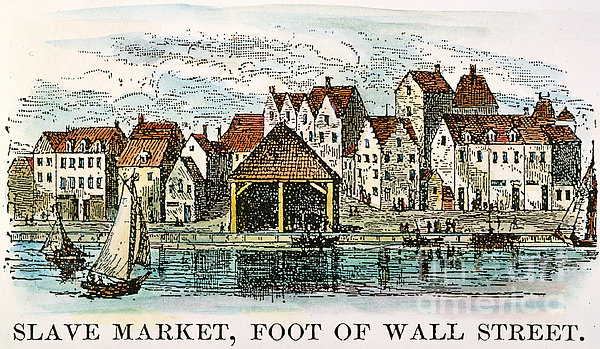 For nearly four centuries, the lower tip of Manhattan has been defined by Wall Street, the path of which was originally marked by a nine-foot-high wooden palisade.

James digs deep into the the street's history for Curbed NY in his most recent feature story, which you can read here: https://ny.curbed.com/2018/9/26/17900962/wall-street-new-york-city-history. 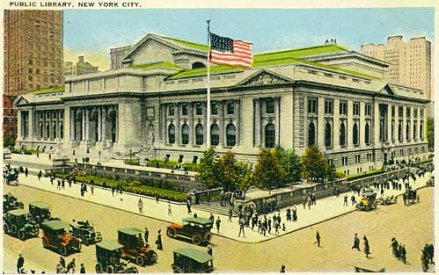 REMINDER: On Sunday, October 7, at 11:00AM, we will be guiding a tour of Gilded-Age New York. All the details are at http://blog.insidetheapple.net/2018/09/postcard-thursday-gilded-age-walking.html. There are only a few spots left at just $15 a piece -- book now!


On September 13, 1759, Major-General James Wolfe died during the Siege of Quebec in the French and Indian War (aka the Seven Years War). Wolfe's heroic victory won the war for Britain, allowing it to seize most of Atlantic Canada, and made Wolfe both a martyr to the cause and an instant celebrity.

The most famous commemoration of Wolfe's death on the Plains of Abraham is Benjamin West's painting (above), now in the National Gallery of Canada. But New York had its own memorial to General Wolfe, an obelisk that was erected in Greenwich Village at the end of what came to be known as "Obelisk Lane" or "Monument Lane."


Very little is known about the memorial. Some think that it was based on a similar obelisk erected in Stowe in Buckinghamshire, England, by Lord Temple, which still stands today. But this is just speculation. Indeed, if it weren't for a few old memoirs and a couple of maps, we wouldn't know that the monument existed at all.


The obelisk was likely erected soon after Wolfe's death, probably in 1762 by Robert Monckton. Monckton was Wolfe's second in command at Quebec and in 1762 he became royal governor of the Province of New York. He lived in Greenwich Village, in a house owned by Admiral Peter Warren, which stood only a few minutes walk from the monument.

The obelisk appears on the Montressor map of 1765-66, where a "Road to the Obelisk" leads to a spot just east of Oliver De Lancey's farm marked "Obelisk Erected to the Memory of General Wolf [sic] and Others."

The Ratzer Plan of the city -- issued in 1766 or 1777 -- shows a similar road, calling it "The Monument Lane." If you are familiar with this part of Greenwich VIllage, that lane is now Greenwich Avenue, which runs northwest from Sixth Avenue just south of Christopher Street. However, many other small streets in the Village were once considered part of the lane. As the American Scenic and Historic Preservation Society wrote in their annual report of 1914:


Monument Lane began at the present Fourth Avenue and Astor Place and ran westward along the present Astor Place; thence to Washington Square North about 100 feet west of Fifth Avenue, where it crossed a brook called at various times Minetta Brook, Bestevaer's Kill, etc.; thence to the present Sixth Avenue and Greenwich Lane; thence along the present Greenwich Lane to Eighth Avenue between Thirteenth and Fourteenth Streets, where it intersected the now obsolete Southampton Road; thence northward about 150 or 200 feet farther, where it terminated at the Monument.

Tracing those roads today, it seems likely that the road probably incorporated what today is Washington Mews and MacDougal Alley, just north of Washington Square, roads that have long been thought to be Native American trails. Indeed, it would not be at all surprising to discover that all of Monument Lane existed long before Europeans settled the area that would come to be known as Greenwich Village.

No one is entirely sure when the monument to General Wolfe was taken down and by whom, but by the time the next map of Manhattan was drawn, ca. 1773, the monument is gone and references to Monument Lane disappear soon thereafter. Some speculate that Oliver De Lancey, a loyalist, destroyed the monument when his lands were confiscated by the Americans after the war, but it seems more likely that the obelisk was already long gone by that time.

(This post was adapted and updated from an earlier blog entry.)

Posted by Michelle and James Nevius at 12:05 PM No comments: 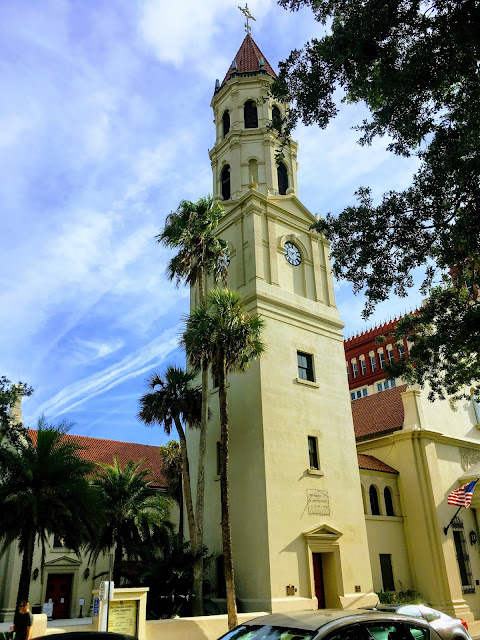 The oldest Roman Catholic parish in America is the one headquartered at the basilica cathedral in Saint Augustine, Florida. The parish was founded in 1565; its current church dates back to the 1790s, but it has burned many times. After the fire of 1887, the diocese hired James Renwick, Jr. -- of St. Patrick's Cathedral fame -- to oversee the restorations. This bell tower was added following Renwick's designs.

James wrote a story for The New York Post about Renwick's New York domestic work -- you can read it at:


Posted by Michelle and James Nevius at 7:30 PM No comments: