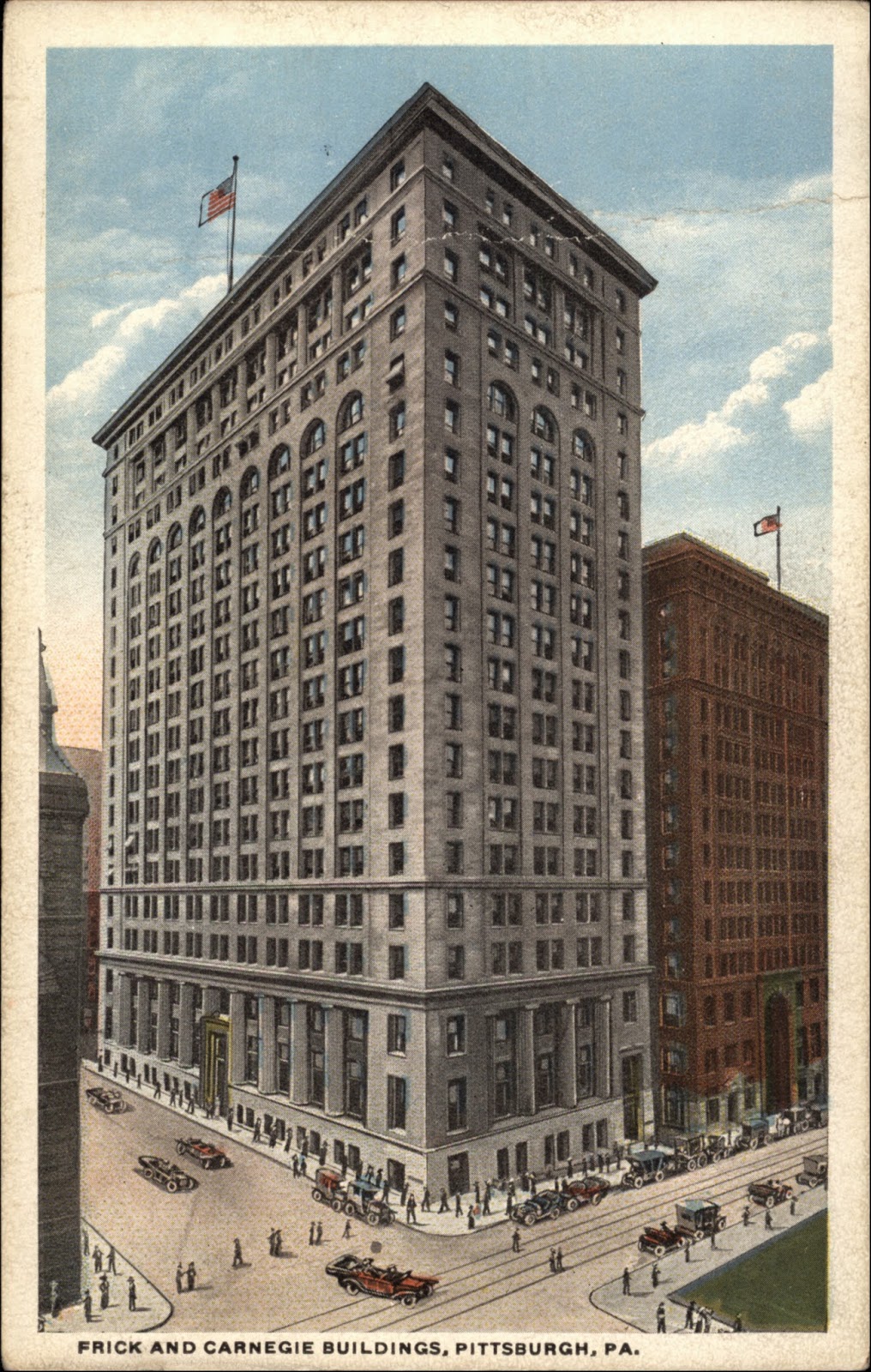 If you haven't already seen it, James had a piece earlier this week on Curbed about the building of Henry Clay Frick's mansion, which today houses the Frick Collection. (The article is here: http://ny.curbed.com/archives/2014/07/29/the_controversial_origins_of_new_york_citys_frick_collection.php)

Due to space considerations, some illustrations did not make the final article, including this great postcard (above) which shows the ongoing rivalry between Frick and his sometime partner, Andrew Carnegie. Around the time Frick was moving to New York, he had his company's headquarters built in downtown Pittsburgh next to--and taller than--Carnegie's, so that Frick's building would also bathe Carnegie's in shadow.


Posted by Michelle and James Nevius at 2:47 PM