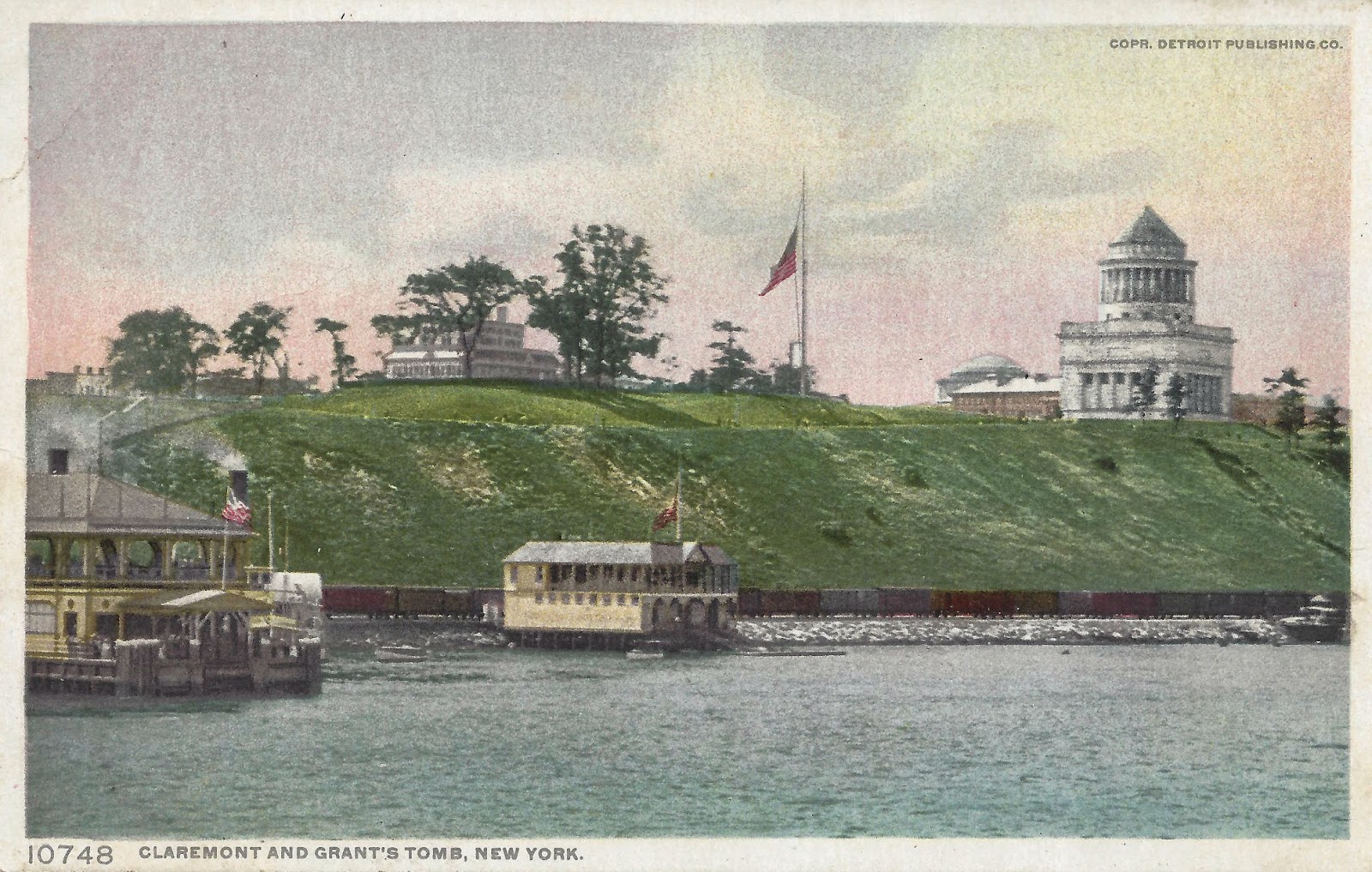 Fans of the Postcard Thursday feature will realize that this is the second time we've featured Grant's Tomb. But as pointed out in our first article, Grant's Tomb was one of the most popular tourist attractions in late 19th-century New York, so it's not surprising that it featured in a number of different postcard views.

We're highlighting the memorial again because yesterday was the 129th anniversary of President Grant's death on July 23, 1885. The tomb you see in this postcard is not, actually, the original. After some wrangling about whether New York was going to be the the general's final resting place, he was buried in a small, temporary enclosure, which was constructed ten days after his death.

After a design contest was held, John Duncan's grand edifice (modeled on the Mausoleum of Halicarnassus) was selected as the permanent tomb and the temporary one demolished.

The other building you see in this postcard atop the bluff is the Claremont Inn, a country home that dated back to 1788. It had been acquired by the city after the Civil War and was run as a restaurant until its demolition in 1950.

Also, notice the ferry landings on the Hudson River below the tomb; in its earliest years, reaching the memorial via the river from downtown was the easiest way to go.


Posted by Michelle and James Nevius at 10:49 AM