Keith Moon, The Who, and the Hotel Navarro 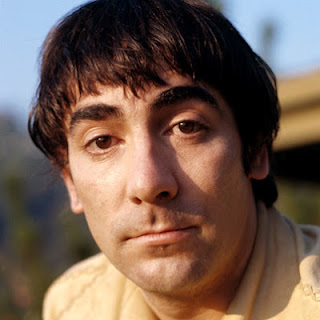 Today would have been the sixty-sixth birthday of the Who's drummer, Keith Moon. Moon was born in England -- and died in London when he was just 32 -- but like many rock stars, he spent a good deal of time in New York City, much of it at the Hotel Navarro at 110 Central Park South.

Built in 1928, the Navarro became the go-to stop for rock bands in residence in New York. In the 1970s, it was home base for the Grateful Dead, the Rolling Stones, the Kinks, the Who, and many others.

As Tony Fletcher writes in Moon: The Life and Death of a Rock Legend, at the Navarro "the group had finally found a New York hotel that would not just put them up, but would actually put up with them. The Navarro, on Central Park South, had as its manager a genial Irishman by the name of Mr. Russell who seemed, almost impossibly, quite content to let the Who stay on his premises for as long as they desired."

Rumors later circulated that the Who actually owned a one-third share of the hotel, but this seems unlikely. What's more likely is that it was the sort of thing Moon might have boasted in his drug-fueled mania. According to Fletcher, when the group was staying at the hotel during the abortive attempts to record Lifehouse (the follow-up to Tommy that ultimately gave rise to Who's Next), Moon was frustrated by his inability to get into sound engineer Bob Pridden's room to hear some tapes. Since the rooms were adjoining, Moon simply started carving a hole in the wall with a "hotel paperknife" until he could loosen a brick and eventually -- covered head to toe in dust -- appeared in Pridden's room to retrieve the tape.

Other versions of the story are not so tame; in Rock Scully's Living with the Dead, Moon was on a quest for drugs. Having already done a prodigious amount of cocaine, Moon decided to go to Studio 54. But he'd locked himself out of his room without his drugs. As Scully recalls:


He's a man possessed. He's stripping the plaster off the wall with a buck knife. He's got that mad Jack-Nicholson-with-the-ax look-here's Johnny! He's a miracle of enthusiasm. Now he's got the plaster off and he's down to the lathe and bricks.

"Won't be a moment," he says and splits. Am I being too optimistic to think he's abandoned the project? Gone to raid Pete Townsend's stash, most probably? But no, it's too good to be true. He goes downstairs to the basement and comes back up with a chisel and a hammer. He's taking the bricks out one by one.

"I own a third of this hotel, y'know," he says by way of explanation. He's going, "God, I'm gonna get in so much trouble for this!" But he doesn't care, he's pounding away at it! He's determined to get back into his room and get his drugs....Finally the hole is big enough. Moon wriggles through it, gets his stash and crawls back through the hole, once again forgetting to open his door. He's now covered with dust from head to toe, like a ghoul recently exumed from from a graveyard.


The Navarro was later renovated into the Ritz-Carlton and is now an apartment building.

Here's Moon drumming with the Who at Madison Square Garden during the multi-night appearance in 1974:

* * *
Inside the Apple: A Streetwise History of New York City