Is it too early to talk about a ticker tape parade? 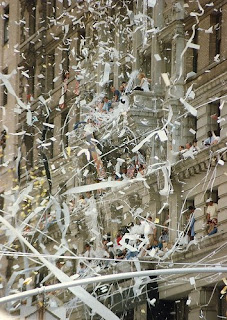 Now that the Giants have edged the Patriots in the Super Bowl 21-17, it's time to start planning the ticker tape parade on lower Broadway (no matter what Chris Christie says).

Some of our previous thoughts about ticker tape parades:


More information to follow -- and, you can read about the history of the ticker tape in depth in Inside the Apple.

Posted by Michelle and James Nevius at 10:31 PM