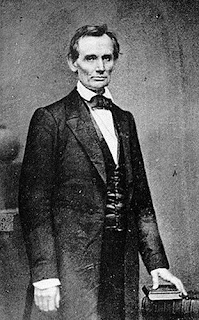 Here's a fun fact: the holiday we are celebrating today is commonly known as Presidents' Day, but according to Uniform Monday Holiday Act, passed in 1968, the name of the federal holiday is still officially Washington's Birthday. (And, many states and employee's unions still celebrate Lincoln's Birthday as a separate holiday.)

Quite a number of U.S. Presidents have had connections to New York City, from George Washington--who was inaugurated on Wall Street--to Barack Obama, who graduated from Columbia and lived in Morningside Heights.

Here are a few past blog posts about the presidency in NYC:

Have a great holiday!


* * * *
You can read more about New York and the presidency
in Inside the Apple: A Streetwise History of New York City
Follow us on Twitter and Facebook here.
Posted by Michelle and James Nevius at 11:54 AM