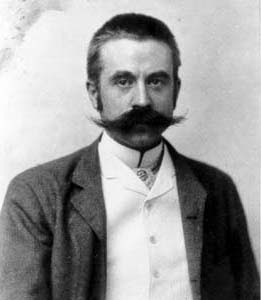 So often when we commemorate anniversaries, it is of something tragic or terrible – and this week is no exception. Tomorrow, June 25, marks the 103rd anniversary of the murder of architect Stanford White at the theater at Madison Square Garden. White was killed by his ex-girlfriend’s husband, Pittsburgh millionaire Harry K. Thaw.

(If you read press coverage from 1906, it always refers to Thaw as being from Pittsburgh – as if that explained everything somehow.)

Instead of rehashing the murder itself (which you can read all about in Inside the Apple: A Streetwise History of New York City), we thought this week we’d provide a walking tour of some of White’s significant New York buildings. He was one of the greatest Beaux Arts architects and his firm, McKim, Mead & White, is responsible for much of the Neoclassical look of late 19th- and early 20th-century New York.

The tour can be found at http://www.insidetheapple.net/whitewalkingtour.pdf (note: PDF file!)

You’ll notice that some stops refer to chapter numbers; these are chapters in Inside the Apple where we tell the story of a particular Stanford White building in greater depth.

So print out the tour, grab a copy of Inside the Apple, and go explore the Gilded Age!

Posted by Michelle and James Nevius at 10:17 AM

This is a Super tour and thought. Thanks for honoring the Greatest Architect - the Man who who Gilded the Gilded Age, per David G. Lowe.
Love your book, too.
rr