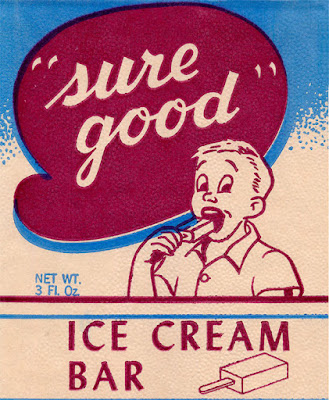 With the unofficial start of summer behind us and the solstice less than two weeks away, signs of the season are all around us. In New York, that means the ice cream wars are heating up, whether it's dueling ice cream trucks in Queens or the sudden proliferation of mobile gourmet desserts across the city. (We'll forget about Pinkberry and its ilk for now.)
Today, June 8, marks what is considered commercial ice cream's birthday in America; 223 years ago today, a "Mister Hall" (no first name given) advertised the first ice cream shop in New York. It was located at 76 Chatham Street, near City Hall. (Chatham Street--originally named for William Pitt, Earl of Chatham--is today called Park Row; the ice cream shop would have stood roughly where Pace University now stands. New York also has a Pitt Street and a Chatham Square named for the famed British politician.)
Little is known of Mister Hall or his ice cream shop. Evidently, it was a favorite of George Washington during the 15 months that the United States capitol was located on Wall Street. Washington is said to have run up a bill of $200. Estimating conservatively that a serving of high-quality ice cream cost as much a 5 cents, that would be 4,000 servings -- worth $14,000 today at the Van Leeuwen ice cream truck. (And if a serving cost as little as a penny, that would be 20,000 servings--today $70,000--of ice cream!)
Chatham Street remained an ice cream haven for many years. In the 1850s, the New York Times reported that vendors hawked 3-cent ice cream along the street:
Every one of them, from early morning to late evening, is surrounded by a crowd of customers. The delicious and democratic compound is served out in a wine glass to each, and each disposes of it as is his pleasure, with the aid of a pewter spoon, or with the more primitive implement for securing palatal pleasures, the tongue. The majority of the patrons of the cheap cream sellers are little ones. But yesterday we saw a new bride...stop and enjoy half the proceeds of her groom's six-penny investment.
By the 1880s, one of the city's leading ice cream manufacturers, J.M. Horton, was located on Chatham Street. The book New York's Leading Industries marveled that their freezers could "congeal forty quarts of ice cream solid in twenty minutes!"
Today, the most common ice cream sighting in the area is a ubiquitous Mister Softee truck. In the summer of 1978, a Mister Softee truck just south of Park Row, at the corner of Fulton and Nassau streets, exploded, injuring 130 people. At first the NYPD suspected a bomb, but it was later determined that the truck's auxiliary gas tank had exploded.
* * *
Our new book, Inside the Apple, has a great, self-guided walking tour of the City Hall area that examines both well-known and forgotten historic site in the vicinity of Park Row. It's a nice stroll to do on a summer evening with an ice cream cone in hand. Visit our website to find out more about the book or purchase it online today.
* * *
In other news, we'll be appearing on WCBS AM 880 this Tuesday, June 9, at 12:45 p.m. to talk about the book; if you are in the area, listen in, or stream it online.
* * *

Posted by Michelle and James Nevius at 7:30 AM

This is definitely an anniversary worth celebrating! Thanks for the news!