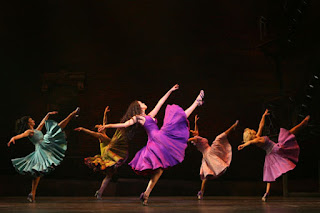 Opening on Broadway tonight is the eagerly anticipated revival of the Leonard Bernstein/Stephen Sondheim/Jerome Robbins musical West Side Story. (For a good analysis from one of the preview performances, check out Rob Snyder’s commentary over at the blog Greater New York.)

A couple of interesting facts about the musical:

Posted by Michelle and James Nevius at 12:45 AM