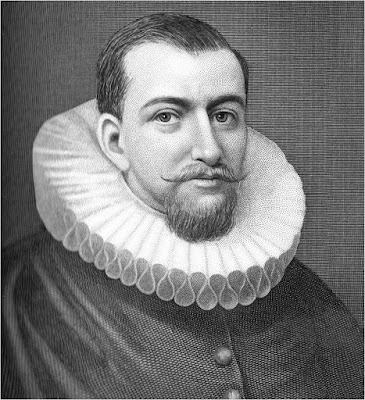 On Sunday, the New York Times published an article about the events in Amsterdam and New York surrounding the 400th anniversary of Henry Hudson's voyage of discovery.

The article is accompanied by a drawing of Henry Hudson that was captioned, "An illustration thought to be that of English explorer Henry Hudson."

However, as Thomas Janvier noted in Henry Hudson: A Brief Statement of His Aims and Achievements:

“No portrait of Hudson is known to be in existence. What has passed with the uncritical for his portrait — a dapper-looking man wearing a ruffed collar — frequently has been, and continues to be, reproduced. Who that man was is unknown. That he was not Hudson is certain.”

Which begs the question: Who is that man in the ruffed collar?

Much more about Henry Hudson and his famous voyage can be found in Inside the Apple, now available online or at bookstore near you! 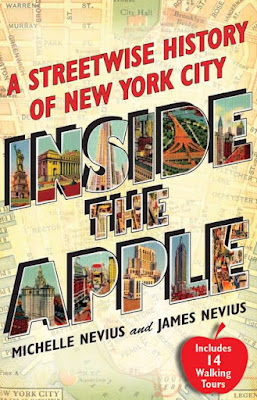 Posted by Michelle and James Nevius at 10:34 PM