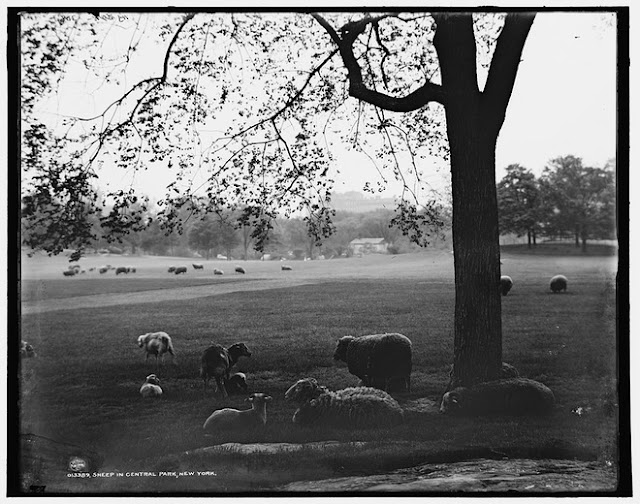 Many readers of this blog and of Inside the Apple and Footprints in New York will know that Central Park's Tavern on the Green was originally a sheepfold.

But what many people don't know is that it wasn't supposed to be in the park at all -- it was an addition made during the era that William "Boss" Tweed ran the park.

James has a story on Curbed that details many of the "mutilations, intrusions and perversions" that have been proposed over the years for the park. Most have never made it off the drawing board, but some -- like Tavern -- are now integral parts of the park. 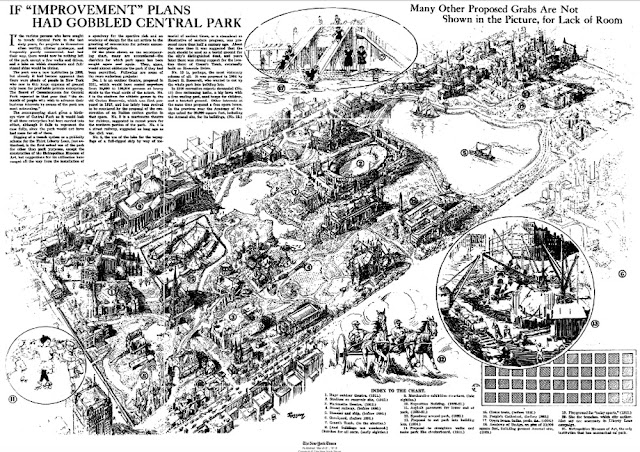 You can read the story at http://curbed.com/archives/2015/12/02/new-york-central-park-history-facts-proposed-improvements.php

Read all about it at http://www.walknyc.com/events.html