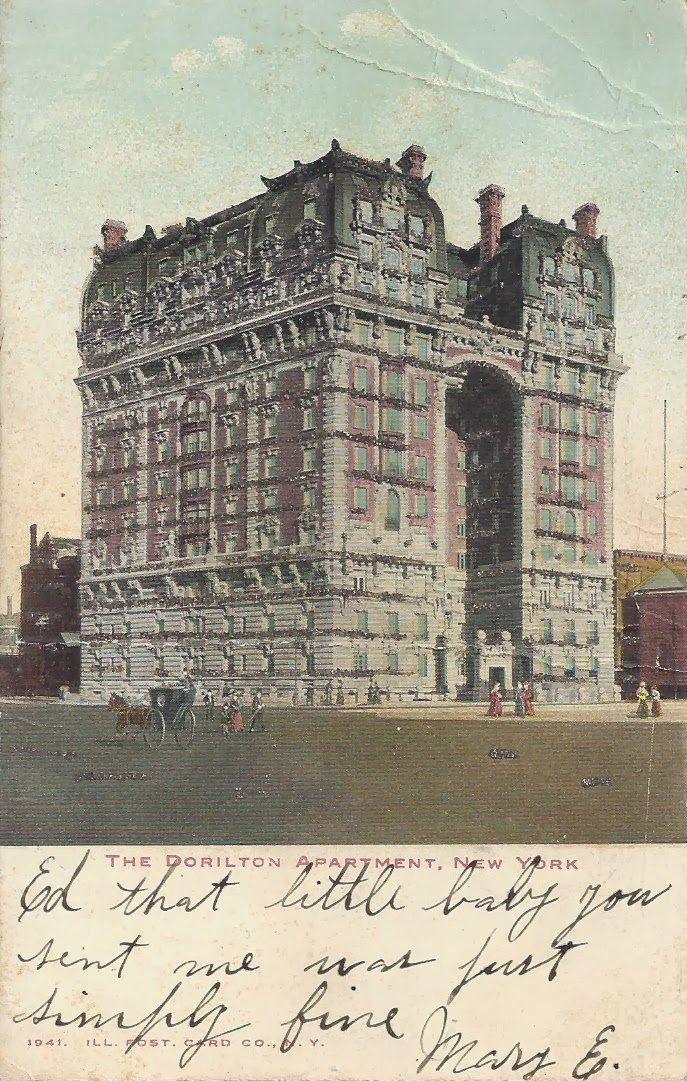 Here's a charming shot of the Dorilton (171 West 71st Street), probably taken not long after its completion in 1902. Like the nearby Ansonia, the Dorilton was built to draw wealthy New Yorkers uptown in anticipation of the completion of the first subway line, the IRT (today's 1/2/3 trains). The fact that the 72nd Street station was going to be the first express stop on the Upper West Side made the Dorilton's location particularly enticing. It would be one express stop down to Times Square, two to Grand Central, and three to Union Square. (In those days, the IRT cut across 42nd Street and headed south from Grand Central along the 4/5/6 tracks.)

Not everyone was a fan of the Dorilton's overblown French Second Empire style. The Architectural Record complained that it was so ugly it would "make strong men swear and weak women shrink affrighted."

Also: what's with the inscription on the postcard? "Ed that little baby you sent me was just simply fine. Mary E." Hmmm.

Posted by Michelle and James Nevius at 3:06 PM