A History of Complaining about Valentine's Day 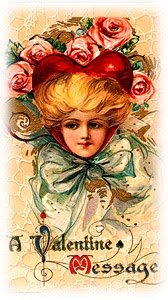 Every year, when February 14 rolls around, there's a rush to buy candy, flowers, and jewelry to commemorate the feast day of the various Saint Valentines (at least three early Christian martyrs bear that name). And every year, people complain about it. But perhaps you'll be happy to know that the tradition of kvetching about the holiday is a time-honored one.

As early as February 14, 1853, the New York Times was sighing about how the once pastoral and courtly traditions of Valentine's day had "vanished before the advancing tide of so-called civilization." In a lengthy piece commemorating the holiday, the Times editorialized that "Saint Valentine has emigrated from the fresh, fair country, and abides in dull, fevered cities." (Presumably New York in 1853 was just such a "dull, fevered" city.)

The Times went on to criticize the "namby pamby" verses of modern valentines -- and their expense. "Thousands of dollars are annually expended in the United States on their purchase.... Every store at all connected with the stationary [sic] business has been blazing for the last week with pictures of hideous men and women...each with some lines of doggrel [sic] written underneath them." (Did the Times not have copy editors in 1853?) 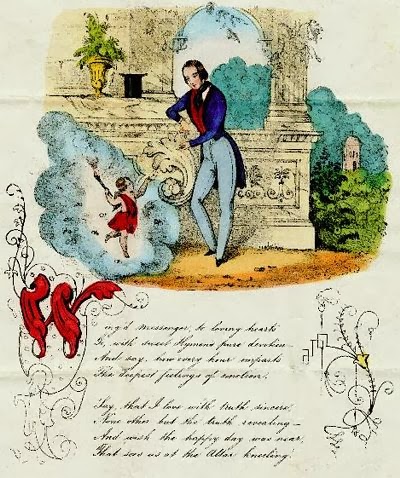 At the American Valentine Company's offices on Nassau Street, the Times's author is shown elaborate valentines in boxes "possessing so many secret folds and unexpected disclosures of Cupids and verses and wreaths of impossible flowers" that it would take "a half hour to open and an hour to shut." Though some valentines cost as little as six cents, others--in ornate boxes--were priced as high as $130. In 1853, when an average laborer made just a dollar a day, this was an incredible sum. 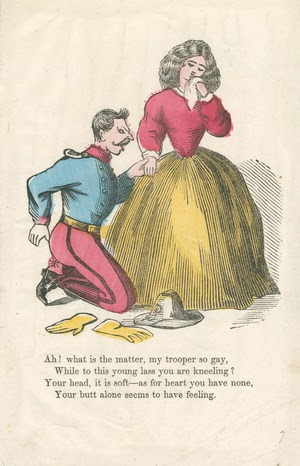 Read more about New York in 1853 in
Inside the Apple

Footprints in New York comes out April 15, 2014, but you can pre-order today.
Posted by Michelle and James Nevius at 10:53 AM