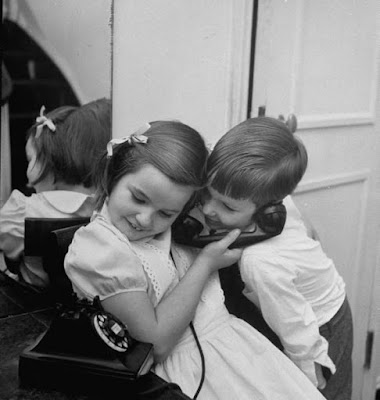 If you've seen Bad Santa or read David Sedaris, you've probably thought twice about sitting down on Santa's lap to ask for presents. Well, F.A.O. Schwarz was way ahead of you. Digging through the LIFE archive on Google images, we came across these photos of little kids phoning Santa in 1947. After some more research, we found the December 1947 issue of LIFE, which showcased F.A.O. Schwarz's innovative way of getting around having a department-store Santa. 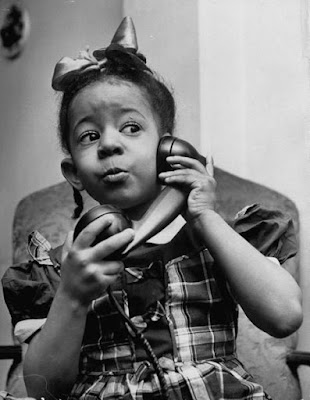 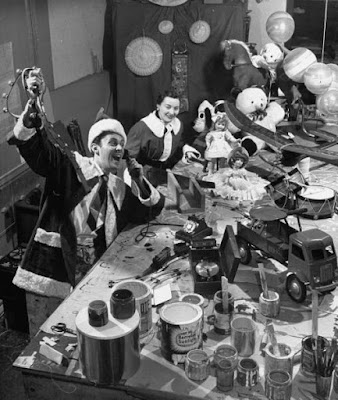 Santa and Mrs. Claus dressed in character to answer calls.
"Dressed-up, department-store Santas have always been anathema to Schwarz's. Even the best actor, they felt, would disappoint children's expectation. But at the insistence of customers, Schwarz's unbent to the extent of an audible Santa this year." 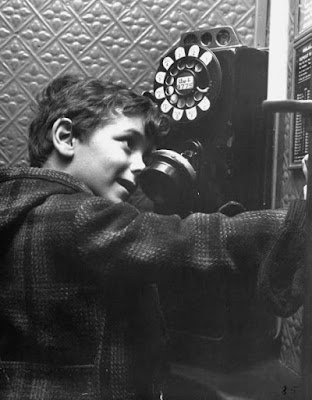 This kid has to call from a pay phone.
The article goes on to mention that in previous years, F.A.O. Schwarz's president, Philip Kirkham, would play Santa for "special customers' children" by shouting up the dumbwaiter. It also notes that the store's staff thought he was "a little daft."
Today, of course, Santa is all high-tech. You can visit the North Pole via webcam, track his progress on NORAD, or download this app that will phone your children and have Santa admonish them for being bad (or something like that).
No matter what you celebrate, we hope you and yours have a wonderful holiday season!
Michelle & James Nevius