What's in a Name?: The Bowery

Last week, Curbed and Racked pointed out that at least one new boutique on the ever-gentrifying Bowery would like to rename the entire neighborhood the “Bowery District.” This is just the most recent in a long line of attempts to change or repurpose the Bowery name over the years.

The original lane that now bears the name Bowery—the English corruption of the Dutch bouwerij or “farm”—led from the city of New Amsterdam into the countryside. The original lane now goes by three different names in its different sections: Park Row, the Bowery, and Fourth Avenue. 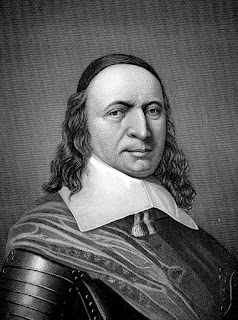 The most famous Dutch bouwerij was owned by Peter Stuyvesant, who lies buried in the churchyard of St. Mark’s in the Bowery on 10th Street and Second Avenue. For years, this church was known as St.

Mark’s in the Bouwerie; its archaic spelling not only hearkened back to the days of the Dutch, but also helped distinguished it from the nearby thoroughfare. By the late 19th century, the Bowery had become synonymous with skid row.

A lot of the Bowery’s reputation was deserved, but at least part of the blame for its near-universal name recognition was the musical A Trip to Chinatown, which featured the song “The Bowery.” Its chorus boasts:

The Bow'ry, the Bow'ry
They say such things and they do strange things,
On the Bow'ry! The Bow'ry!
I'll never go there any more.

By 1916, the street’s reputation had gotten so bad that civic groups battled to come up with a new name for the thoroughfare. One suggestion was “Cooper Avenue” in honor of Cooper Union founder (and Jell-O pioneer)* Peter Cooper.

A rival proposition recommended “Central Broadway.” It’s hard to imagine the chaos this name change might have brought about in a city that already featured Broadway, West Broadway, and East Broadway. 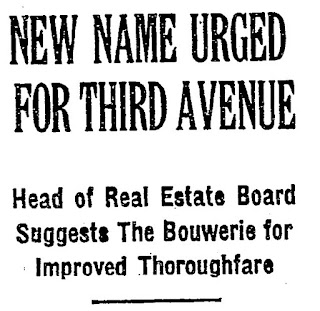 Neither of these suggestions had any real traction, perhaps because there was still nostalgia for the old Bouwerie of Peter Stuyvesant. Indeed, that nostalgia was so strong that in 1956 a group of merchants suggested that Third Avenue be renamed “The Bouwerie,” to invoke the charm and refinement of a bygone age. (That this would have given the city a Bowery and a Bouwerie a block apart seems not to have figured into their calculations.) Plans were underway at the time to remove the last vestiges of the Third Avenue “El,” and it seemed logical to local boosters to get rid of the name Third Avenue—which they saw as intimately connected to the failure of the “El”—and replace it with Bouwerie, which would increase the street’s cachet and, presumably, retail rents.

(See our earlier post about York Avenue for another example of a street renaming in the same era for much the same reasons.)

* Peter Cooper and his gelatin fixation will be the subject of a future post. 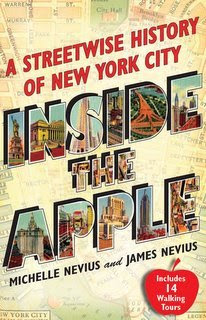 You can read more about the Bowery in Inside the Apple; visit our home page www.insidetheapple.net.

Posted by Michelle and James Nevius at 2:48 AM