Tomorrow marks the 204th birthday of Samuel Jones Tilden, lawyer, governor of New York, and man who won the presidency in 1876 -- only to have it stolen from him in some Electoral College shenanigans. 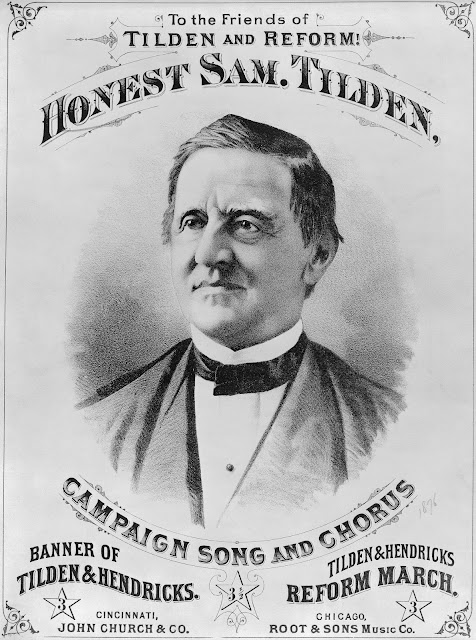 In the history of American politics, there is no presidential election as contentious as the 1876 contest between New York Governor Samuel J. Tilden and Ohio Governor Rutherford B. Hayes.

Tilden, famous for his prosecution of William “Boss” Tweed was billed as the Reform-minded outsider Democrat who could combat the corruption that had flowered in Washington under President Ulysses S. Grant. The party hoped that Tilden, despite his basically chilly demeanor, could appeal to northerners and southerners alike....

As the votes rolled in, the press was generally reporting that Tilden had won.


However, the New York Times, sensing that the election would be close in Louisiana, South Carolina, Oregon, and Florida, prepared an editorial that ran the next day entitled “A Doubtful Election,” laying out the scenario that the election still hung in the balance. After meeting with Republican leaders, the Times managing editor, John Reid, sent telegrams to Republican governors in the disputed states: Hayes is elected if we have carried South Carolina, Florida, and Louisiana. Can you hold your state? Answer immediately.

When the governors replied that they could try to “hold” their states—despite election returns tilting in Tilden’s favor—the most fractious post-election period in American history began. Not even the Gore/Bush imbroglio in 2000 can match the months that followed November 1876. In canvasses roiled by partisanship, the three southern states in dispute certified two sets of returns and sent them to Washington—one for Hayes and one for Tilden. With the votes from those states thus rendered void, neither candidate had a majority....

In the end, a commission was appointed to determine the winner. "Along completely partisan lines, the commission voted 8-7 in favor of Hayes in each disputed case, giving him the electoral votes he needed to secure the presidency."

Tilden is also known today for his house -- which is actually two side-by-side townhouses that he bought and joined together -- that are now home to The National Arts Club. James wrote a story of the club's history, including Tilden's renovation of the home, for Curbed New York which you can read at https://ny.curbed.com/2014/5/27/10095666/the-dramatic-history-of-gramercy-parks-national-arts-club. 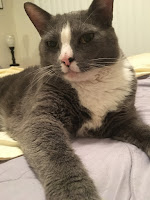 Posted by Michelle and James Nevius at 1:08 PM