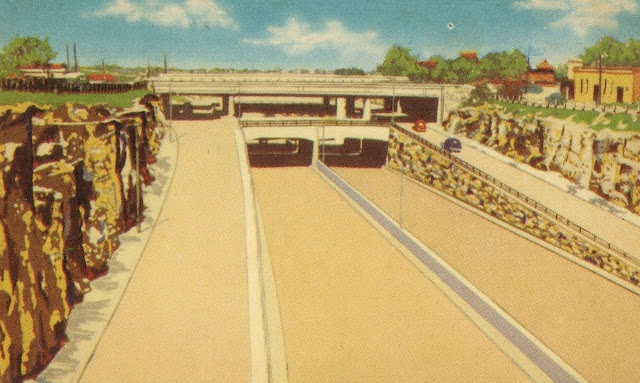 This postcard view of the New Jersey approach to the Lincoln Tunnel isn't, perhaps, the most scenic view in the world, but serves as a good reminder how exciting the opening of the tunnel was back on December 22, 1937 -- seventy-nine years ago today.

(Note that while the famed Lincoln Highway begins in Times Square, the Lincoln Tunnel -- also named for president Abraham Lincoln -- isn't part of the route. Originally, travelers had to take a ferry to Weehawken from Manhattan to use the highway; later, the Holland Tunnel became part of the route.)

Originally consisting of just two lanes -- one in each direction -- the tunnel was gradually expanded to its present width of six lanes by the late 1950s. Approximately 109,000 vehicles pass through each day. 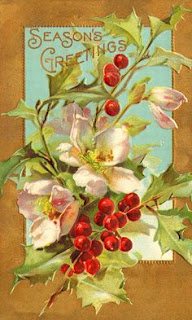 
Posted by Michelle and James Nevius at 11:54 AM