Earlier this summer, James took to the streets with a handful of guidebooks written in the 19th century to see if he could reconstruct a 150-year-old walking tour. He walked from Battery Park to Madison Square, examining what was -- and was not -- still visible from the era just after the Civil War.

One great aspect of these guidebooks are the advertisements. 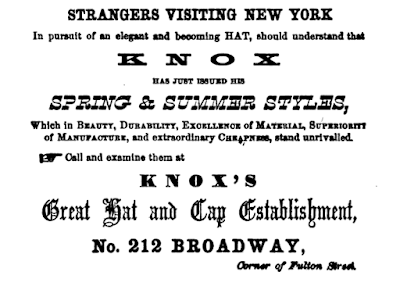 Posted by Michelle and James Nevius at 10:09 AM