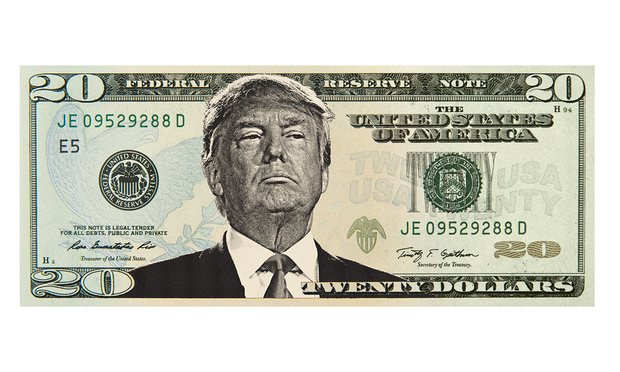 James wrote a piece earlier this week for the Guardian wondering if there are parallels between the 2016 presidential campaign and that of 1824, when four Democratic-Republicans squared off for the nation's highest office.

In 1824, Andrew Jackson won both the popular vote and the most electoral votes, but it wasn't enough to secure victory. Instead, the election was shunted to the House of Representatives, where John Quincy Adams was selected to be next president in what became known as the "corrupt bargain."

You can read the story James wrote here:

which really isn't about xenophobia, no matter what the headline says.

Before it was edited to fit in the Guardian's format, the original piece also looked at the election of 1828, in which Andrew Jackson and John Quincy Adams squared off against each other again. That time, Jackson won in a landslide, but not before the Adams campaign did everything possible to derail his candidacy. 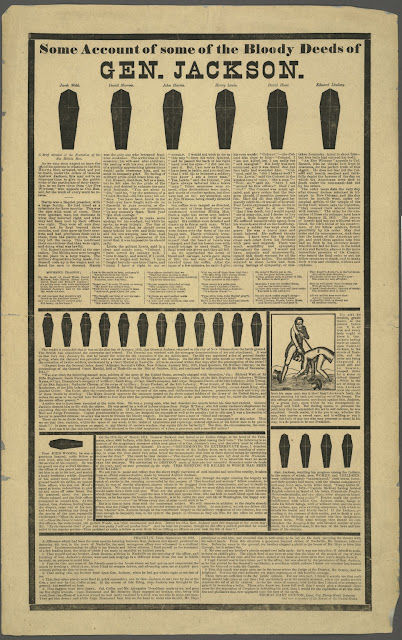 1828 was really the first campaign to use negative advertising, and the Adams camp printed up what have come to be known as the "coffin handbills," that alleged that Jackson -- a general and war hero -- had sent militiamen to their deaths. Jackson was also branded an adulterer and a possible cannibal.

You can read more about the handbills at

Posted by Michelle and James Nevius at 5:04 PM