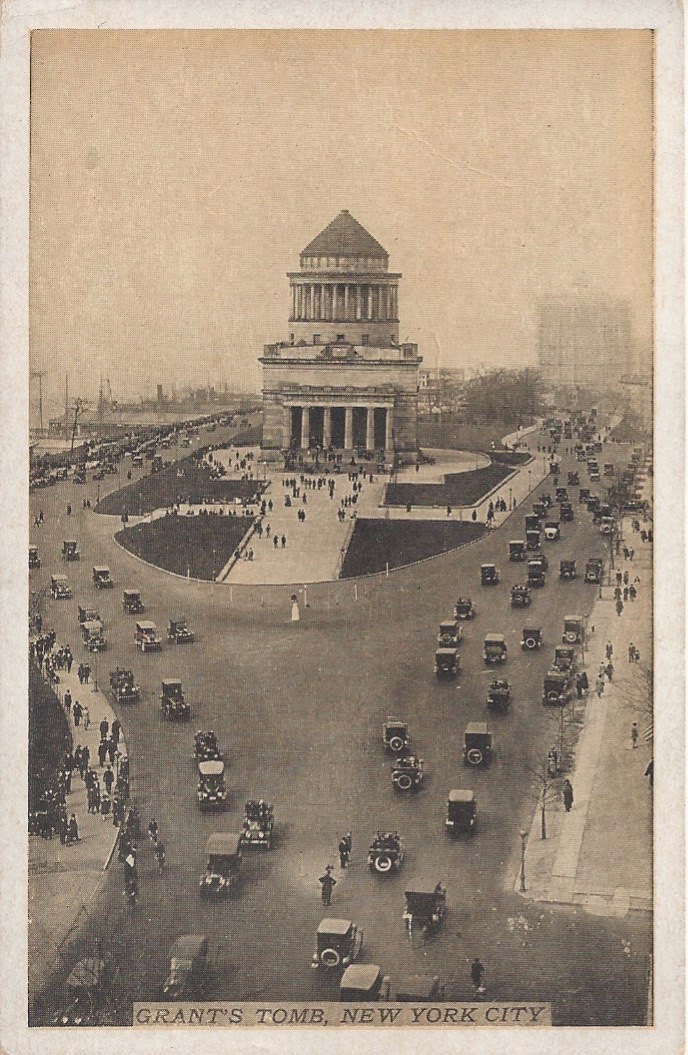 The day before, Lee had written to Grant:

To be frank, I do not think the emergency has arisen to call for the surrender of this army, but, as the restoration of peace should be the sole object of all, I desired to know whether your proposals would lead to that end....


I have not authority to treat on the subject of peace. The meeting proposed for 10 A.M. to-day could lead to no good. I will state, however, that I am equally desirous for peace with yourself, and the whole North entertains the same feeling. The terms upon which peace can be had are well understood. By the South laying down their arms, they would hasten that most desirable event, save thousands of human lives, and hundreds of millions of property not yet destroyed. Seriously hoping that all our difficulties may be settled without the loss of another life....

The two men met at the home of Wilmer McLean in the town of Appomattox Courthouse (not in an actual courthouse as is too often erroneously mentioned). After hammering out the terms of the surrender, Lee departed around four o'clock in the afternoon. General Horace Potter recalled the scene:


At a little before 4 o'clock General Lee shook hands with General Grant, bowed to the other officers, and with Colonel Marshall left the room. One after another we followed, and passed out to the porch. Lee signaled to his orderly to bring up his horse, and while the animal was being bridled the general stood on the lowest step and gazed sadly in the direction of the valley beyond where his army lay - now an army of prisoners. He smote his hands together a number of times in an absent sort of way; seemed not to see the group of Union officers in the yard who rose respectfully at his approach, and appeared unconscious of everything about him. All appreciated the sadness that overwhelmed him, and he had the personal sympathy of every one who beheld him at this supreme moment of trial. The approach of his horse seemed to recall him from his reverie, and he at once mounted. General Grant now stepped down from the porch, and, moving toward him, saluted him by raising his hat. He was followed in this act of courtesy by all our officers present; Lee raised his hat respectfully, and rode off to break the sad news to the brave fellows whom he had so long commanded.

(These and other firsthand accounts of the day can be found at eyewitnesstohistory.com.)

After the war and his two terms as president, General Grant moved to New York City. He lived on the Upper East Side (in a house that's now gone) and is entombed in the largest presidential mausoleum on Riverside Drive. As you can see from the above black-and-white postcard, the tomb was once quite the destination and--as we've pointed out before--more people used to visit it than the Statue of Liberty.


* * *
In commemoration of the end of the Civil War, James is leading a walking tour on Saturday, April 25, at 1:00 p.m. that looks for remnants of the era still left in Manhattan and traces the footsteps of Abraham Lincoln, both when he came to the city as a candidate for president in 1860 and when he returned as a martyr on April 25, 1865.

You can read about the tour and find out how to sign up at http://blog.insidetheapple.net/2015/04/walking-tour-saturday-april-25.html.

And, of course, Inside the Apple is available at fine bookstores everywhere.
Posted by Michelle and James Nevius at 11:56 AM