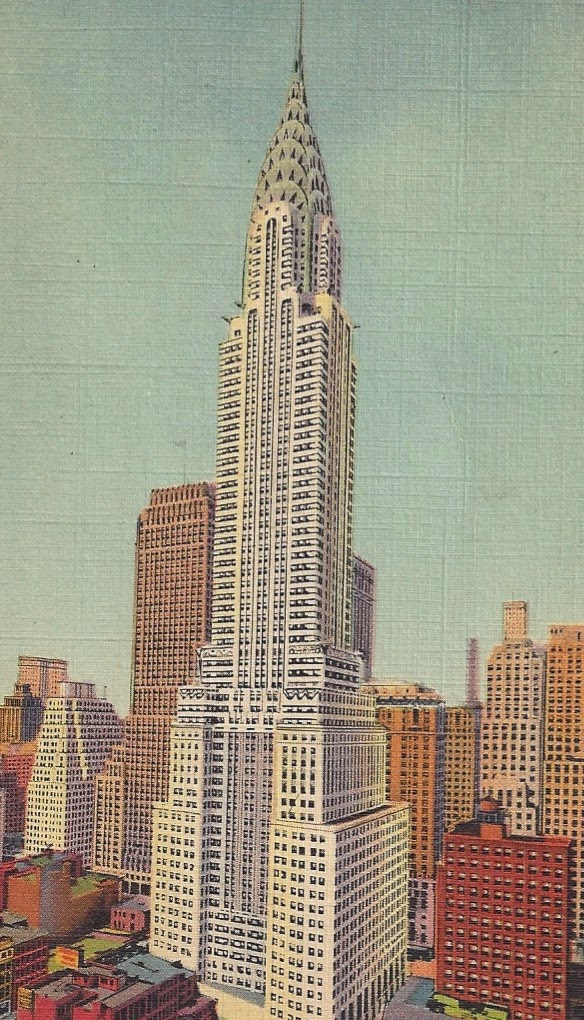 Today is the 140th birthday of Walter Chrysler (April 2, 1875-August 18, 1940), founder of the eponymous automobile company as well as the man behind what many still regard as New York's greatest skyscraper.

The race to make the Chrysler Building the tallest in the world was...a question of personal ego. In fact, two egos: those of Walter Chrysler, the automobile magnate and owner of the building, and his architect, William Van Allen. The building they were racing to beat, the Manhattan Company, was being designed by Van Allen’s former partner and now bitter rival, H. Craig Severance.

The rivalry played out in the press. In March 1929, the announced height of the Chrysler Building was 809 feet, to be topped with a dome. The Manhattan Company rejoined by announcing it was to be 840 feet. By October, Chrysler’s estimated final height had risen to 905 feet and—after a few last-minute drafting sessions by Severance and partner Yasuo Matsui—the Manhattan Company was revised upward to 925 feet.

But no one knew of the “vertex,” a secret spire that Van Allen’s crew had been assembling inside the steel dome since September. On October 23, 1929, it was set in place. No newspapers carried the story the next day; no newsreel cameras were on hand to record the momentous occasion. Chrysler and Van Allen were happy to keep their secret—if you can call a 185-foot spire crowning a 1,046-foot building a secret—until the time was right.

As Van Allen succinctly put it: “We’ll lift the thing up and we won’t tell ‘em anything about it. And when it’s up we’ll just be higher, that’s all.”

Their timing couldn’t have been worse. The next day, October 24, the Wall Street crash began, culminating five days later on Black Tuesday. The race to be the tallest in the world had suddenly taken a back seat to more pressing matters. On November 12, the Manhattan Company held a media event to showcase the topping out of their 925-foot skyscraper, hailed as the world’s tallest. Van Allen only let that sit for four days before revealing the truth—his vertex had not only catapulted the Chrysler Building 121 feet taller than his rival, but it was also sixty feet taller than the Eiffel Tower—and thus [at the time] the tallest man-made structure ever built.


Posted by Michelle and James Nevius at 11:46 AM