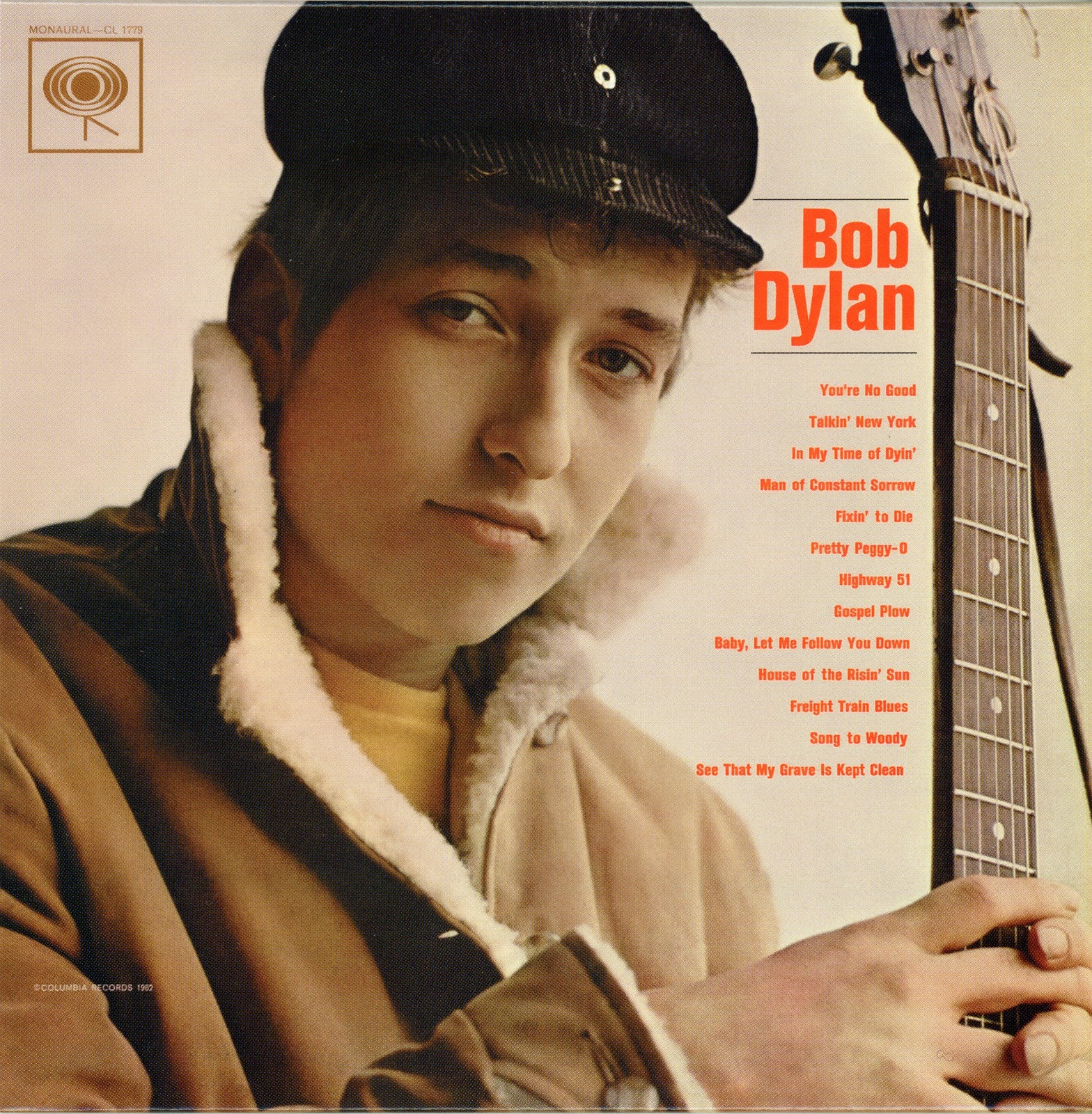 As we write in our new book, Footprints in New York, Dylan

arrived in New York City determined to do two things: perform in Greenwich Village, the center of America’s folk music revival, and meet Woody Guthrie. By the end of his first week, he’d done both. Dylan probably got to the city January 23, the day the front page of the New York Times proclaimed it the “coldest winter in seventeen years,” a line Dylan would borrow for one of his earliest compositions, “Talkin’ New York.” In No Direction Home, Martin Scorsese’s documentary on Dylan’s early career, the singer remembers that first day: “I took the subway down to the Village. I went to the Cafe Wha?, I looked out at the crowd, and I most likely asked from the stage ‘Does anybody know where a couple of people could stay tonight?’”

From that cold January morning, it was a rapid trajectory to Dylan's first album, simply titled Bob Dylan. The album features thirteen tracks, most of them traditional folk and blues numbers except the sardonic autobiography of “Talkin’ New York,” and “Song to Woody,” an elegy to his hero. The tune to “Song to Woody” is borrowed from Guthrie’s “1913 Massacre,” and the words were written one afternoon at the Mills Bar on Bleecker Street, a local hangout.

One original Dylan composition that didn't make it onto the album (or any album until 1991's Bootleg Series Volumes 1-3) was "Hard Times in New York Town." Written very much in the same vein as "Talkin' New York," the songs encapsulates the joys--and troubles--of Dylan's first year.

This version of the song, performed on Cynthia Gooding's radio show Folksinger's Choice, is the best version we've heard. (We particularly like the reference to Peter Minuit--who we talk about a lot in the first chapter of Footprints in New York.)

As a bonus, here's Dylan's "Song to Woody," with some video at the beginning of Guthrie himself performing.

Dylan's New York is the subject of an entire chapter in

Posted by Michelle and James Nevius at 10:51 AM