Pete Seeger and the Almanac House at 130 West 10th Street 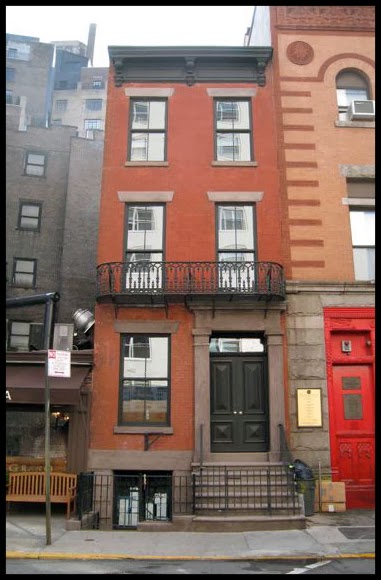 The world woke this morning to the news of the death of legendary singer Pete Seeger at age 94. Anyone who's ever taken our Dylan-themed tour of Greenwich Village has probably been dragged by James to a small house on West 10th Street to listen to him wax rhapsodic about the Almanac Singers, Woody Guthrie, and Pete Seeger. 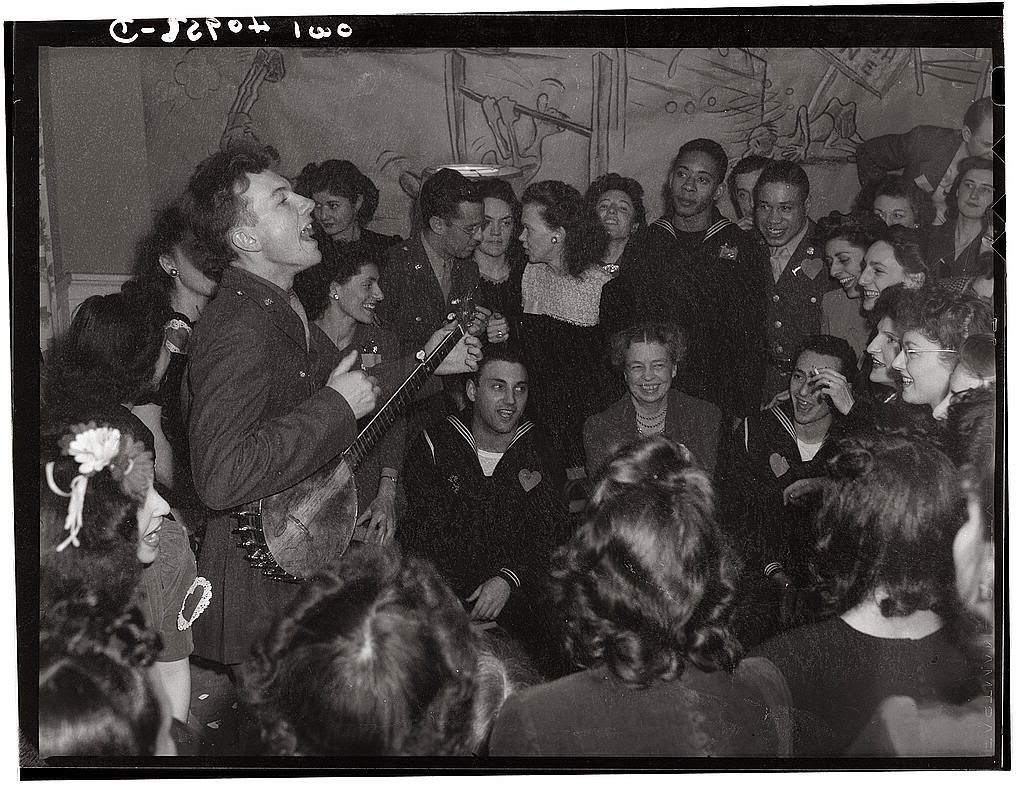 Seeger was born in New York in 1919 and was exposed to folk music early, later recalling (as noted in the Washington Post obituary) that he heard artist Thomas Hart Benton play "John Henry" on the harmonica in Greenwich Village. After dropping out of Harvard in the late 1930s, Seeger became a full-time singer. In the autumn of 1941, he rented the house at 130 West 10th Street to be the headquarters of the Almanac Singer, a loose collective of singers and activists he'd founded with Lee Hayes. As John Strausbaugh writes in The Village: 400 Years of Beats and Bohemians, Radicals and Rogues, a History of Greenwich Village,


Later, Seeger would recall: "People came and went all the time. The cuisine was erratic but interesting, the furniture and decorations almost non-existent, the sleeping done at odd hours.... [But] the output of songs was phenomenal."

The term "hootenanny" entered the lexicon in 1946 as a gathering of folksingers; Seeger later wrote that he and Guthrie had brought the term east from Seattle. When the folk revival of the 1960s was in full steam, ABC television launched a television show, "Hootenanny," but blacklisted Pete Seeger for his connection to the American Communist Party and his contempt citation by the House Un-American Activities Committee. In turn, the vanguard of the second generation folk movement--Joan Baez, Bob Dylan, The Kingston Trio--all refused to appear on the ABC show, stripping it of its credibility.

By 1942, the Almanac Singers had moved out of 130 West 10th Street, finding the $100 a month rent too high. Various other buildings in the Village were associated with the group, but it splintered during the war, with Seeger going on to form the Weavers, which found great success in 1948 with "Goodnight, Irene," selling over 2 million copies.

If you are in the Village today, stop by West 10th Street and tip your cap to Pete Seeger--a true American legend.

Here's Seeger talking about the Almanac Singers in a 2006 interview:


* * * *
Read more about the Greenwich Village folk scene in

Posted by Michelle and James Nevius at 10:57 AM