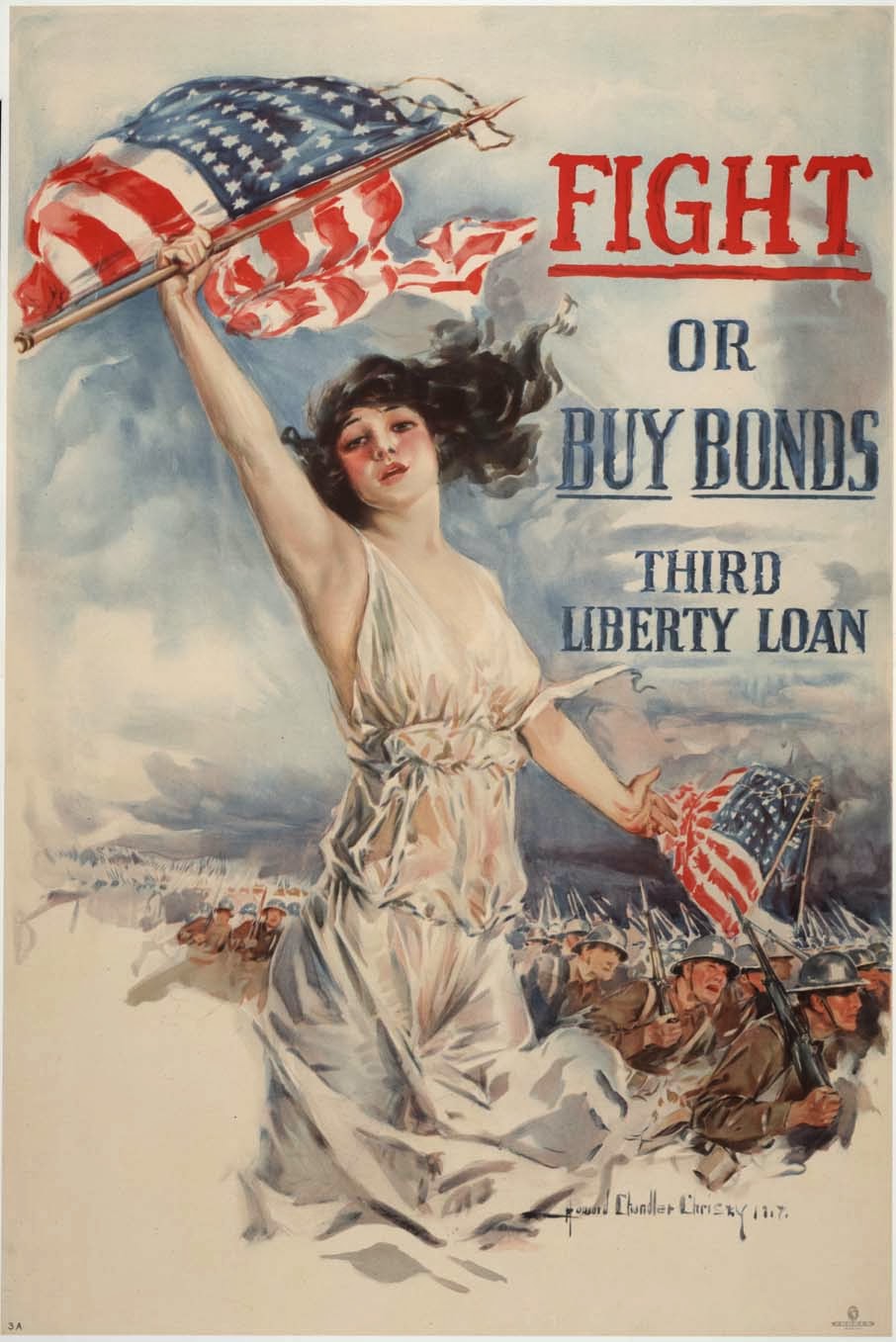 On January 10, 1873, artist and illustrator Howard Chandler Christy was born in Ohio. While not a household name today, in the early twentieth century, Christy was one of New York's premiere artists.

With $300 in his pocket, Christy came to New York in 1890 to pursue a career as an artist. He enrolled at the Art Students League, where he studied under William Merritt Chase, both at the school and at Chase's home at the famed Tenth Street Studio in Greenwich Village. 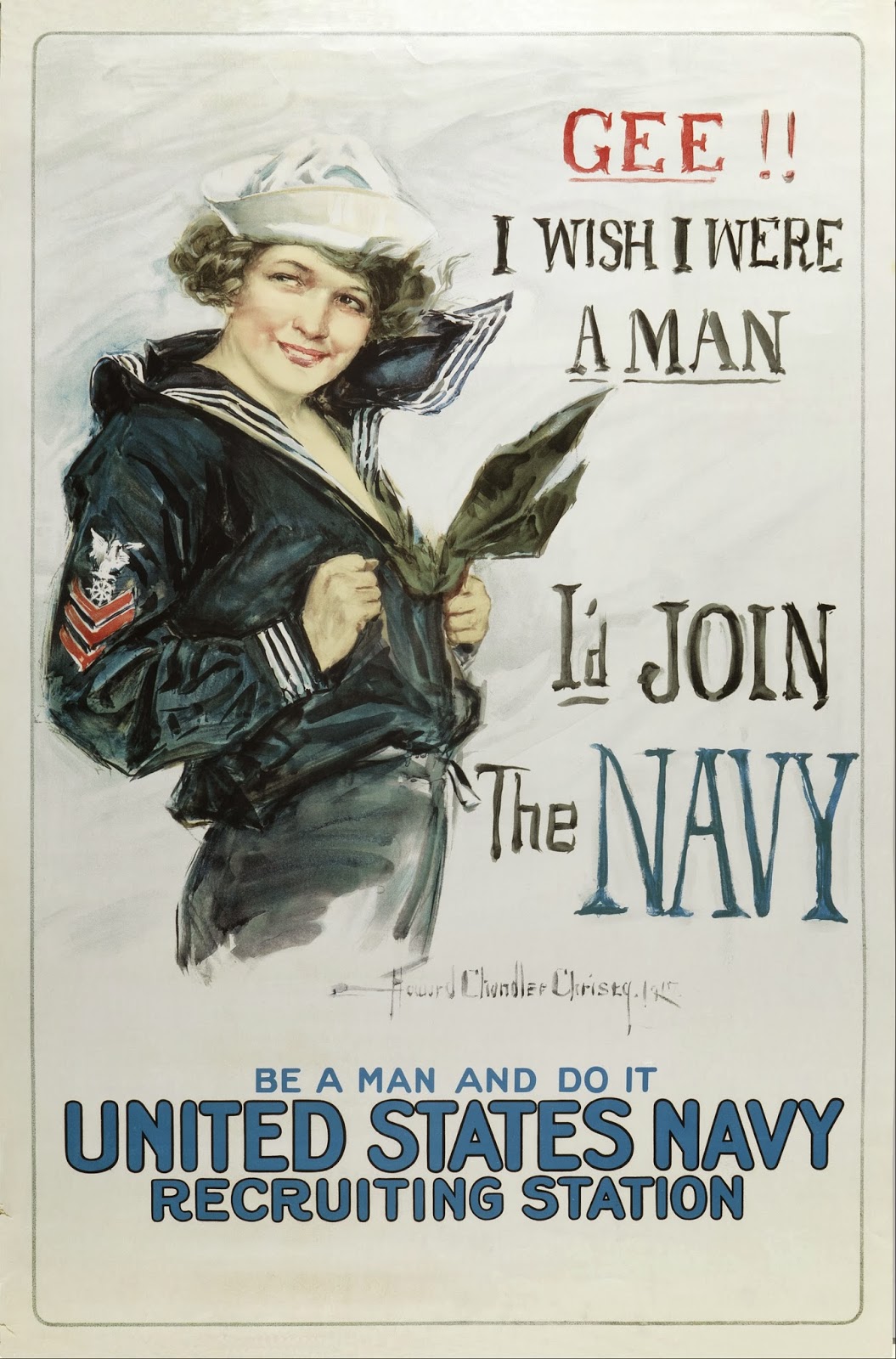 Christy was soon earning his keep as a commercial illustrator, and when the brief Spanish-Ameican War broke out in 1898, he traveled to Cuba to cover the events for the New York papers. This somewhat pigeon-holed Christy as a "war" illustrator, which made him much in demand for recruitment and propaganda illustrations during World War I. 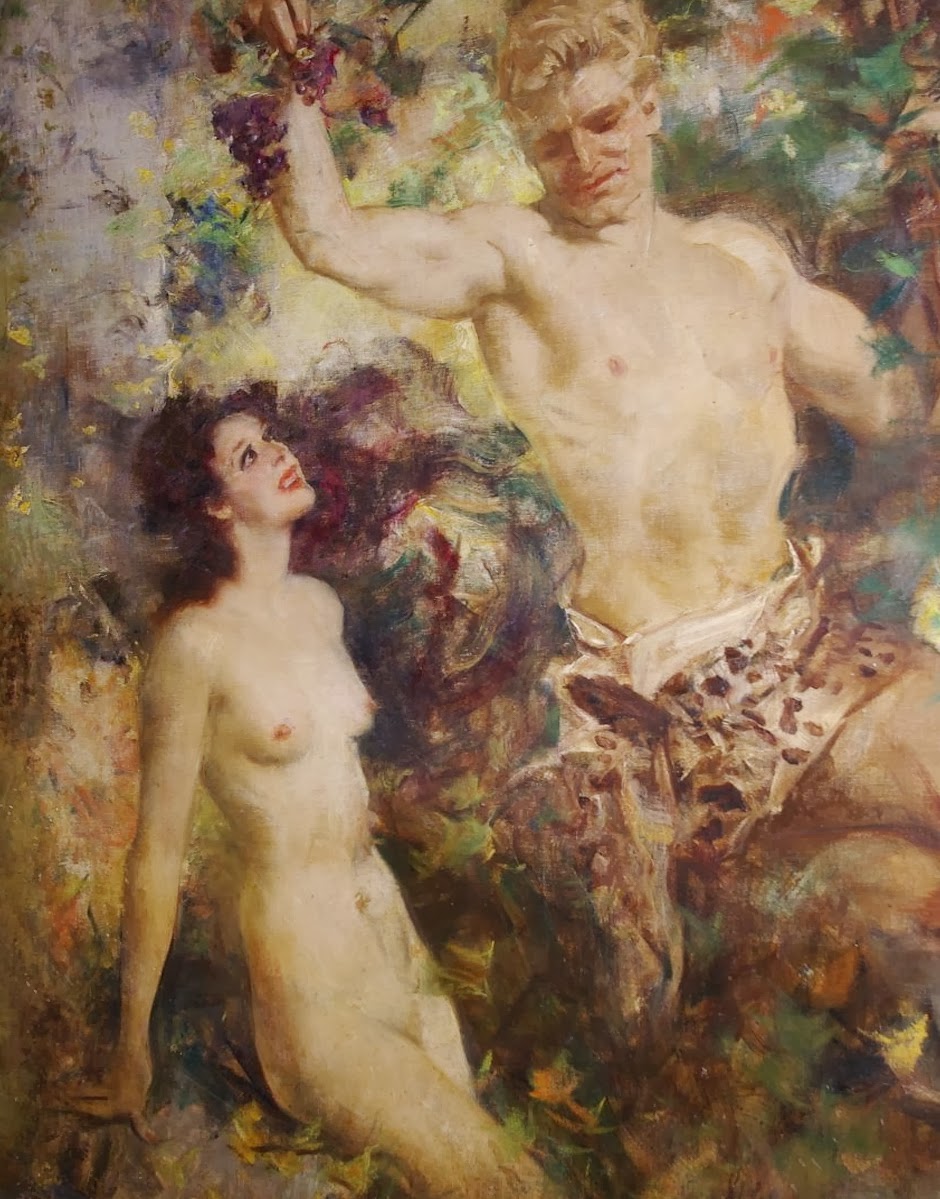 For many years, Christy lived at Hotel des Artistes, the Upper West Side residence designed for artists that was built following the success of the Tenth Street Studio and other artists' enclaves. Most of the studios in the hotel did not have kitchens, and artists were expected to dine together in the building's ground-floor restaurant. If the stories are true, Christy in the 1930s found himself in financial straits and unable to pay his restaurant tab. Instead, he bartered his services to decorate the Cafe des Artistes with thirty-six murals of scantily-clad nymphs. Those paintings, recently restored, are still on view at Cafe des Artistes's successor, The Leopard. 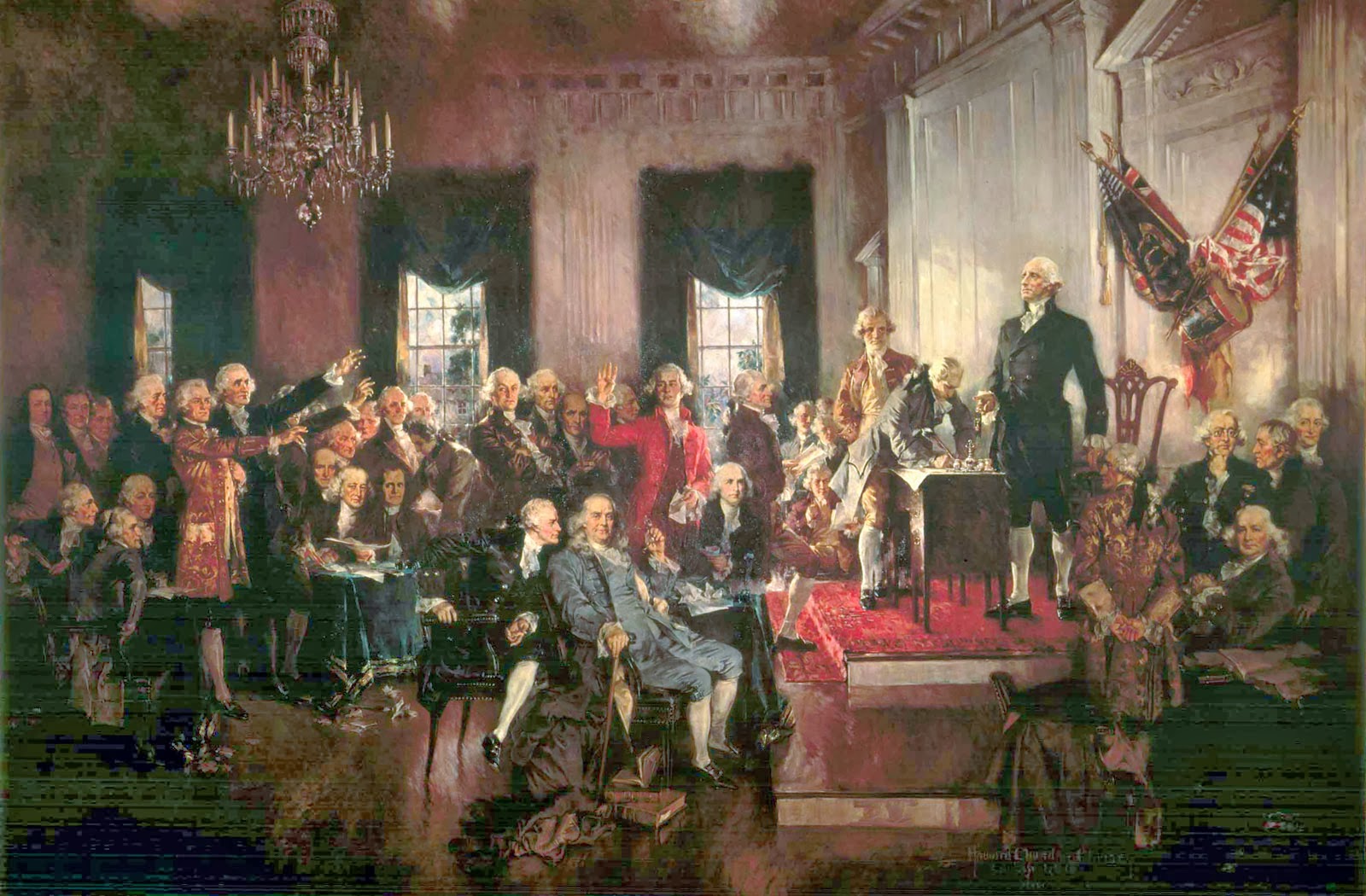 In his later years, Christy received his most important commission, a painting depicting the signing of the Constitution, which was installed in the House of Representatives in 1940. Christy died at Hotel des Artistes in 1952.

Footprints in New York comes out April 15, 2014, but you can pre-order today.
Posted by Michelle and James Nevius at 11:56 AM