When Governor Andrew Cuomo jokingly (?) suggested the other day that the Newtown Creek be renamed the Amazon River in a bid to woo Amazon's HQ2 to New York, it was easy for historians to get worried. All joking aside, Newtown was the colonial name for the Elmhurst section of Queens, and if the creek were to be renamed, another chapter in the city's history--already all-but forgotten--would be further erased.

But New York has a long history of such street renaming. In Lower Manhattan, as we write in Footprints in New York:


most of the other English names that once defined the city are gone.... [To the English, the Dutch] Pearl Street...was known as Great Dock Street. The nearby Beaver Path—where pelts had once been carried to waiting ships—became Princess Street. During the eighteenth century, new roads were constructed north of Wall Street and given names like Crown, King, and Little Queen.

In a fit of patriotism in 1794, all these British names were swept away. Great Dock reverted to Pearl; in a sort of reverse fairy-tale move, the Princess was turned back into a Beaver. Pointedly, Crown Street became Liberty Street. In this case, history was written by the winners on the street signs.

It isn't just the Newtown Creek renaming that has brought this topic to mind. Today marks the centennial of the worst subway disaster in New York City history, the Malbone Street Wreck. On November 1, 1918, a Brooklyn Rapid Transit subway train traveling at a high rate of speed and piloted by a driver with no experience crashed during the evening rush hour, killing at least 93 people and injuring hundreds.

Today, most people have never heard of Malbone Street. That's because the crash was so horrific that Malbone Street was renamed Empire Boulevard so that people wouldn't associate it with the tragedy. Just as it had done in the early American era, the city was renaming the street in order to forget the past.

However, because so many streets in New York are a little off-kilter, this doesn't always work. 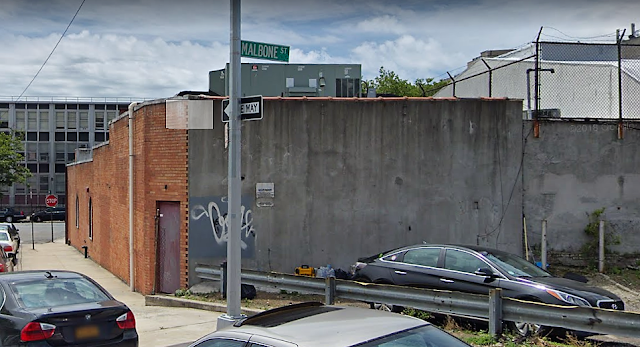 In Lower Manhattan, for example, we still have Hanover Square--named for the British royal family--and Thames Street stands near Trinity Church as a reminder of the city's English roots.

In Brooklyn, one block in Crown Heights remains Malbone Street to this day, as you can see in the Google street view photo above. The map below is from 1898 and shows the issue. Malbone Street had an odd spur--probably the result of street names being appended in the area before there was any sort of comprehensive urban planning--which meant that in the 19th century, Malbone essentially ran parallel to itself for a block. (This is very similar to the issues we still have with Waverley Place in Greenwich Village.)

So, when most of Malbone Street became Empire Boulevard after the subway crash, the spur stayed  Malbone--as it remains to this day.

Want to hear more about NYC history?
Inside the Apple has recently been released for the first time as an audio book!
Visit Amazon or Audible to download today 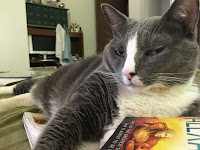 Posted by Michelle and James Nevius at 4:25 PM