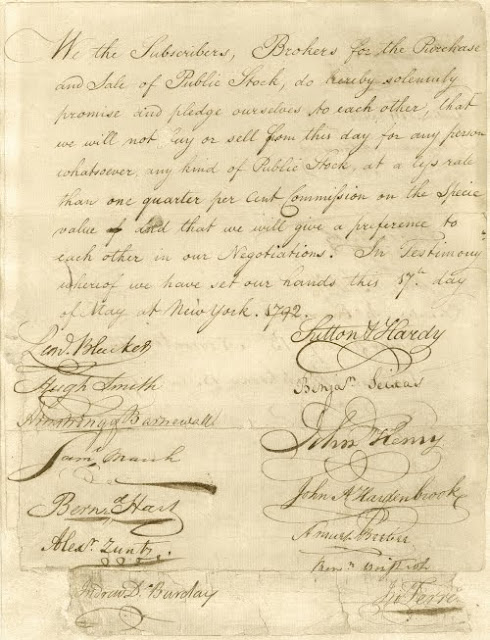 On May 17, 1792 (226 years ago today), the New York Stock Exchange was founded by a group of twenty four individuals and firms under a buttonwood tree near 68 Wall Street (just west of Pearl Street).

We the Subscribers, Brokers for the Purchase and Sale of the Public Stock, do hereby solemnly promise and pledge ourselves to each other, that we will not buy or sell from this day for any person whatsoever, any kind of Public Stock, at a less rate than one quarter percent Commission on the Specie value and that we will give preference to each other in our Negotiations. In Testimony whereof we have set our hands this 17th day of May at New York, 1792.

Among those who were members of that original exchange were Leonard Bleecker, whose brother Anthony was namesake of Bleecker Street, Isaac M. Gomez, whose father's home in Marlboro, New York, built ca. 1714, is the oldest Jewish home in America, Benjamin Seixas, a president of Congregation Shearith Israel and former privateer, and Samuel Beebe, in whose offices in 1817, the stock exchange would be reorganized and receive the name "New York Stock and Exchange Board." 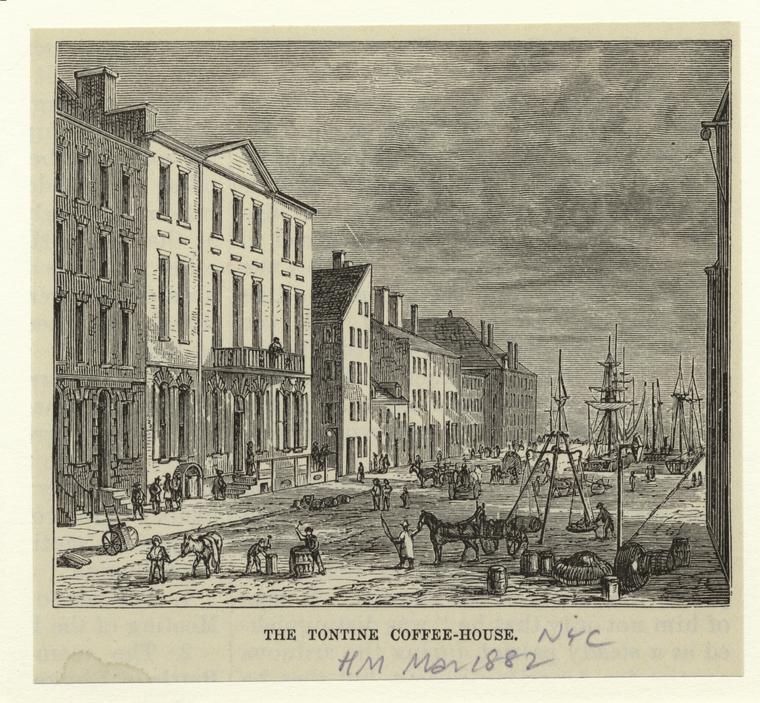 The exchange may have actually met under the tree in good weather, but in the early years they mostly convened inside the Tontine Coffee House (above, with the balcony) on Wall Street near the corner of Water Street. Later, they rented an office on the second floor of the Bank of New York for $200 a year (which included heat) before moving into the Merchant's Exchange at 55 Wall Street and, finally, two successive buildings on the current spot on Broad Street. Today, a scraggly buttonwood stands in front of the exchange to mark this event. 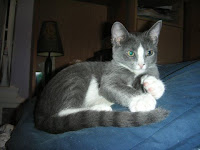