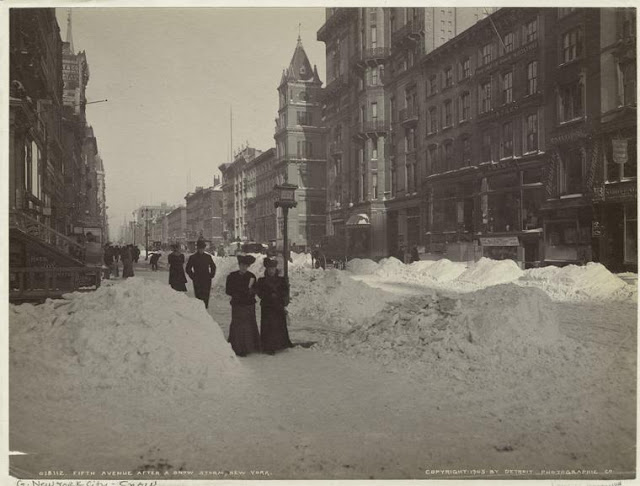 In honor of the snowstorm hitting New York City today, here are some photos from the New York Public Library's digital collection of snowstorms past. The photo above shows a stretch of Fifth Avenue ca. 1905 (the year the photo was printed) after a storm; unfortunately, there aren't enough revealing details to determine exactly where on the avenue this is. 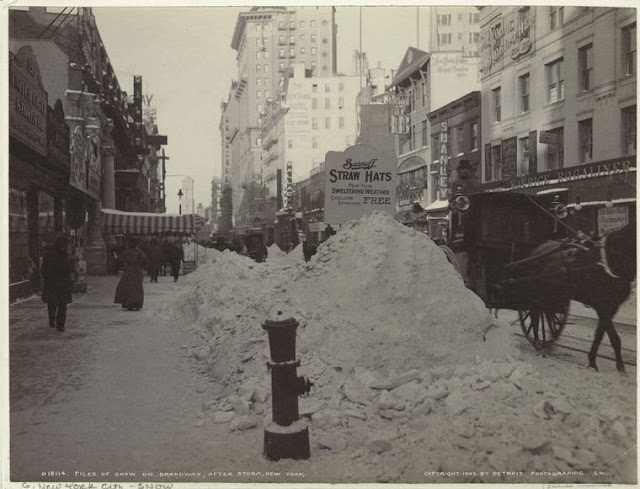 This second card, from the same storm, shows Broadway between 29th and 30th Streets. The photographer was clearly drawn to the irony of the "Sarnoff Straw Hats" sign peeking out of a snow drift, but if you look just to the right of that you'll see the sign for Shanley's, which was a popular restaurant in that era. In operation from the 1890s to 1925, Shanley's was known as a "lobster palace," and a quick perusal of the menu makes it easy to see why: lobster appears in just about every possible preparation, along with oysters, other shellfish, and various unidentifiable dishes such as "cold corn starch." 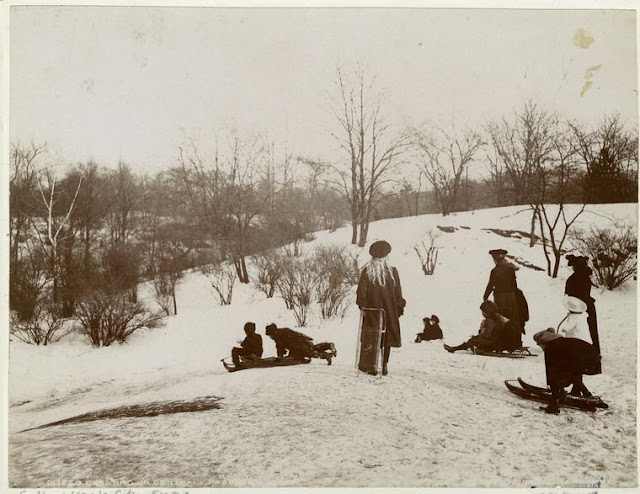 This final photo may be from the same storm, but doesn't have an easily readable date. These children are sledding -- or "coasting" in the language of the day -- on a hill in Central Park.

Enjoy the snow and be careful out there!


Posted by Michelle and James Nevius at 10:54 AM