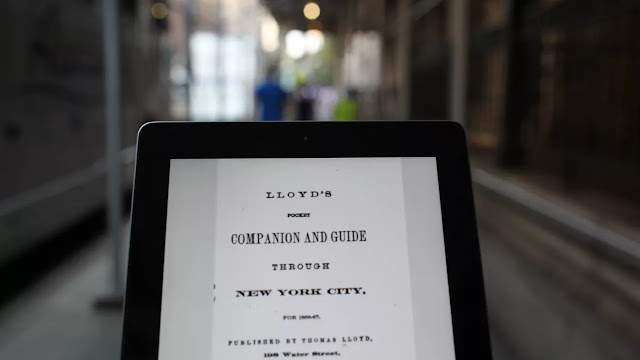 Last July, James wrote a piece for Curbed about exploring modern-day New York City with a handful of 19th-century guidebooks as his only companions. The piece, "A Walking Tour of 1866 New York," has recently been nominated for an award for "Outstanding Achievement in NYC Essay/Article/Series Writing" by the Guides Association of New York City.

While we wait to see if he's won (winners will be announced March 6), here's the link to the story, a fascinating piece of time travel. http://ny.curbed.com/2016/7/27/12278588/new-york-city-historic-guidebooks-walking-tour

There's more history-minded journalism coming soon from James and Curbed, including a story about the Broadway Theater District and another time-travel feature. The best way to keep up on these things is to follow us on Facebook at www.facebook.com/insidetheapple or Twitter www.twitter.com/insidetheapple.

Those guidebooks have some fabulous advertisements in them. Here's just one example: 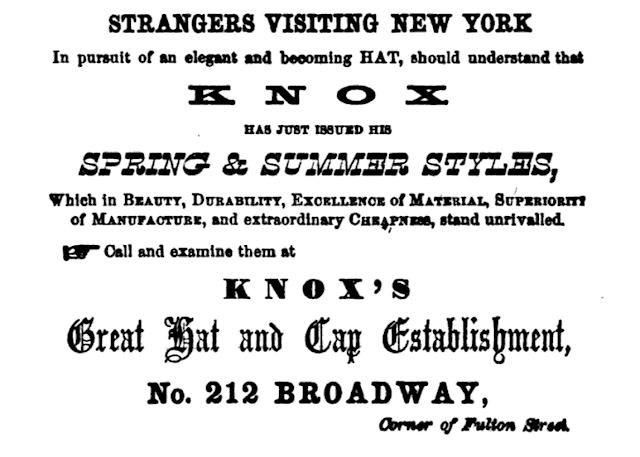 
Posted by Michelle and James Nevius at 4:11 PM