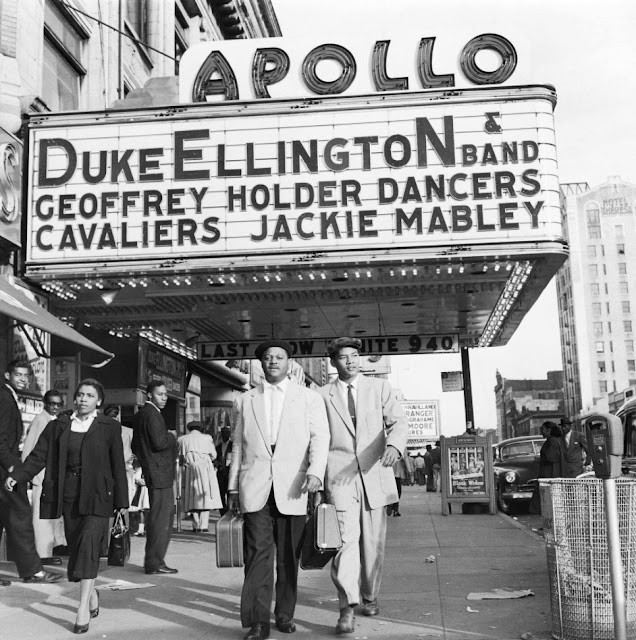 On January 26, 1934, the Apollo Theater opened on 125th Street in Harlem. Though the building it was housed in was twenty years old, the new theater reflected the changing demographics of the neighborhood. Previously known as the Harlem Opera House, the theater had presented a long-running burlesque show to an all-white audience. With its rebirth as the Apollo, the space would now welcome black audiences and changing its programming accordingly.


The Apollo Theater, originally a whites-only burlesque house, reopened in 1934 with “Jazz a la Carte” and soon inaugurated its famed Amateur Night. One early winner, Ella Fitzgerald, became a fixture on the Harlem music scene with a regular gig at the Savoy Ballroom. By the mid-1930s, every prominent black musician in America—including Eubie Blake, Louis Armstrong, Bessie Smith, Fletcher Henderson, and Dinah Washington—was performing in Harlem. Indeed, many of these musicians could perform nowhere else, as strict musicians’ union codes kept them from downtown theaters because of their race.


A major refurbishment in 1985 launched "Showtime at the Apollo" as a national television program; more recent renovations have restored the facade and interior to their 1930s glory.


Posted by Michelle and James Nevius at 12:32 PM