The Brief Life of New Orange 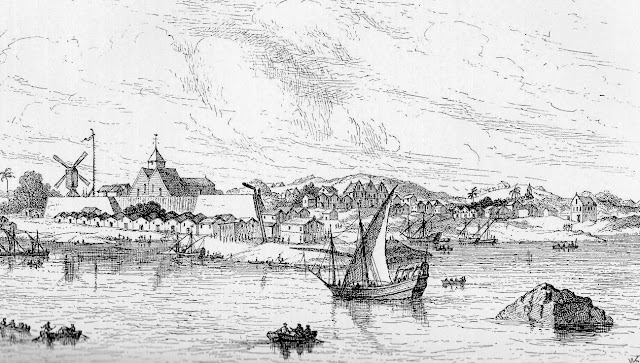 New York City has gone by a lot of names: New Amsterdam, Manhattan, the Big Apple, Fun City (that was John Lindsay's idea to draw tourists). But did you know that for one year it was officially called New Orange? This weekend marks the 339th anniversary of the end of our second time being a Dutch city.

From the establishment of the first settlement in 1624 until the English takeover forty years later, the city on the island of Manhattan was New Amsterdam, the capital of the Dutch colony of New Netherland. In 1664, a convoy of English ships came to take control of that colony by force. As we write in Inside the Apple, after the restoration of the monarchy in 1660,

[Charles II's] ministers—notably his brother, James, Duke of York—had great territorial plans for the New World, which included complete English control of the area from Boston to the Carolinas. Hostilities had flared in 1652 during the First Anglo-Dutch War, but New Amsterdam didn’t really begin to feel the pressure until 1664, when Captain John Scott from Southampton, Long Island, asked English citizens in New Netherland to proclaim him the “President of Long Island,” serving as a proxy for the Duke of York. For many, this was the first they knew that the Duke had any designs on the area.

To conquer New Amsterdam, the Duke dispatched Richard Nicolls.... Nicolls was given four ships, approximately six hundred soldiers, and instructions to keep New Amsterdam as intact as possible. He was, in effect, to treat the mission more like a hostile takeover by a rival corporation and less like a military attack.

Nicolls was able to seize New Amsterdam without firing a single shot; the town was renamed after its patron, the Duke of York, and gradually the city began to switch over to English rule.

However, in the spring of 1672, hostilities broke out between the Netherlands and England, leading to a Third Anglo-Dutch War. In September 1673, the Dutch navy seized Manhattan from the English -- this was one of the only parts of this Anglo-Dutch War to spill over to the American colonies -- and soon Anthony Colve was declared its new governor. Colve renamed the colony New Orange after William of Orange, the stadtholder of the Netherlands.

Luckily for Colve, so little had changed in Manhattan since the English takeover in 1664, that he didn't have to dismantle the apparatus of English governance. Many Dutch colonists still resided in New Orange -- some welcomed Colve with open arms; many probably shrugged and waited for the other shoe to drop.

It dropped on November 10, 1674. Hostilities between the Netherlands and England had ceased in the spring and a Treaty of Westminster, ratified in March, gave Manhattan back to the English. However, because it took so long for word to travel across the Atlantic in the seventeenth century, Colve did not end up surrendering New Orange until nearly eight months later. The city once again became New York and the Dutch never made territorial claims in North America again.


* * * *
Read more about New Amsterdam and early New York in

and don't forget to pre-order our new book
Footprints in New York: Tracing the Lives of Four Centuries of New Yorkers 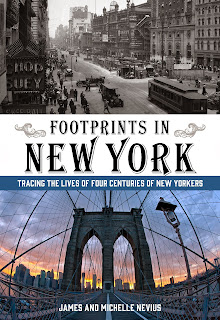 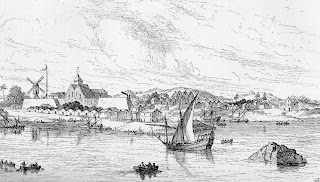 Posted by Michelle and James Nevius at 11:08 AM