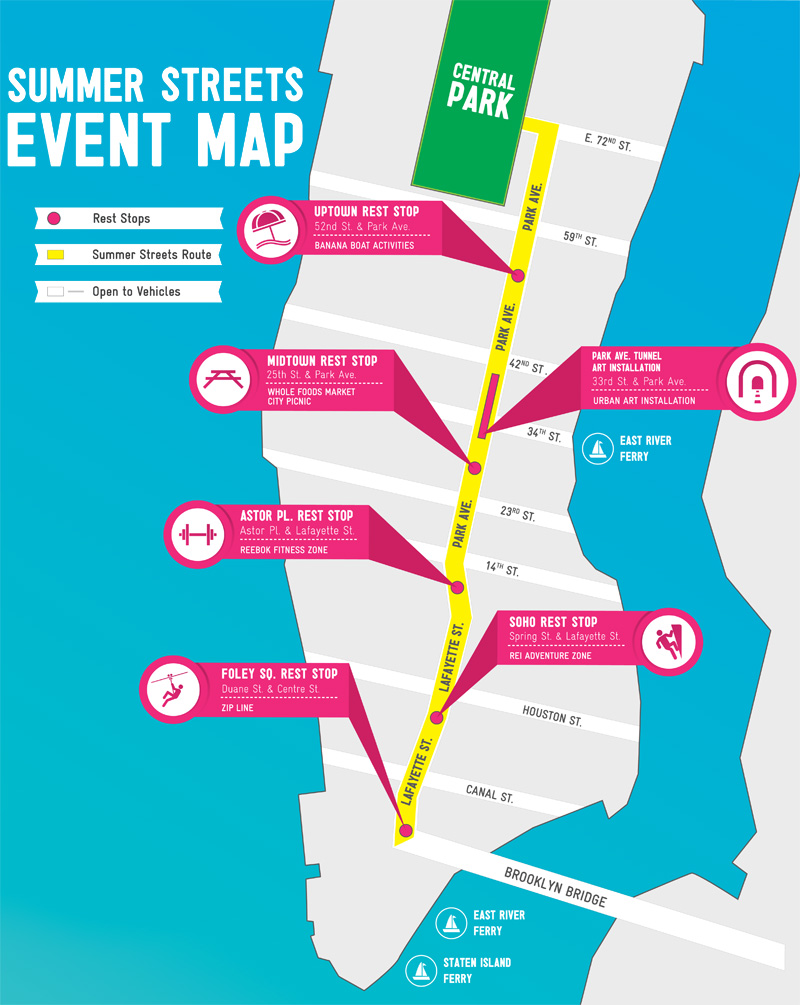 Tomorrow, August 17, is the last day of this year's iteration of Summer Streets, the program where numerous city agencies ban together to turn a Manhattan avenue into a pedestrian thoroughfare. This year, the city is closing down Park Avenue from East 72nd Street all the way down to Fourteenth Street, and then Lafayette Street south to Foley Square and the Brooklyn Bridge.

One highlight of this year's program is rare access to the Park Avenue tunnel south of Grand Central Terminal, where artist Rafael Lozano-Hemmer has installed an art piece using lights and loudspeakers that are triggered by the voices of passersby.

The Park Avenue tunnel is a vestige of the street's earlier incarnation as a railroad right of way. For most of the nineteenth century, the entire avenue was known as Fourth Avenue. As we write in Inside the Apple:


In 1831, the New York and Harlem Railroad had established its at-grade tracks along a mostly uninhabited stretch of Fourth Avenue. The first New York and Harlem trains were horse drawn along the entire length of the line; however, this soon gave way to steam locomotion, which drew complaints from people living and working along the more densely populated stretch of Fourth Avenue near the train’s depot on 27th Street. In 1854, the city passed an ordinance banning steam travel south of 42nd Street, which forced the railroad to unhook its steam locomotives at 42nd Street, and, one by one, haul passenger cars by horse to the depot farther downtown. These horse-drawn cars were shunted into a covered viaduct from 42nd to 32nd Streets, which not only solved an elevation problem, but also kept the horses and the trains out of sight. When the area atop this covered viaduct was planted, it came to be known as “Park Avenue.”

For a long time, Fourth Avenue north of 42nd Street was an open railroad cut, but it was finally paved over after the electrification of New York's train system and the name Park Avenue extended north. Now, the only vestige of Fourth Avenue is a small sliver that extends south of Fourteenth Street to Astor Place, where it then becomes Lafayette Street.

Posted by Michelle and James Nevius at 11:03 AM