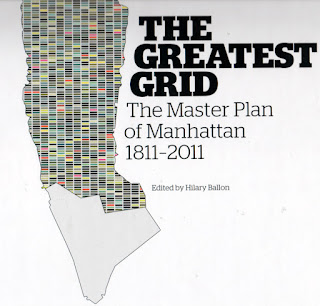 We were recently sent a copy of The Greatest Grid: The Master Plan of Manhattan 1811-2011, the companion book to the exhibit of the same name at the Museum of the City of New York.

The book is richly illustrated with images from the show, including a fold-out copy of the original Commissioners’ Plan of 1811, which gridded Manhattan into streets and avenues up to 155th Street. Like the exhibition, the book tells the story of New York’s development from the era before the grid, through the city’s explosive growth in the mid-19th century and the development of the Upper East and Upper West Sides, and on to today. The material is at its strongest in the era between 1811 and 1900. The Greatest Grid features many detail maps, including some of the Randel Farm Maps, which remain among the most valuable insights into early 19th-century New York. Created by John Randel, the key surveyor of the Commissioners’ Plan, the farm maps show property lines, topographical features, and other key details at a scale of 100 feet to the inch. Noted Manhattan chronicler I.N. Phelps Stokes called them "the most complete and valuable topographical record of the period that exists." 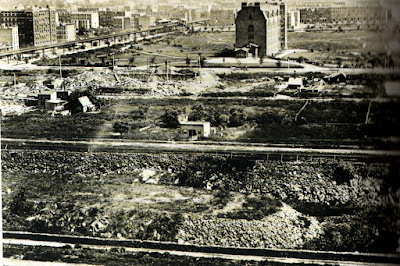 Also revealing are photographs from later in the century that show just how long it took the city to expand into the grid that Randel had laid out. The photo above is the view looking north from the Dakota apartments, ca. 1890. The only major structure visible is the American Museum of Natural History, which had opened a few years earlier.

The Greatest Grid, skillfully edited by NYU Urban Studies professor Hilary Ballon, is packed with nuggets of information—what spurred the development of a grid plan; why Broadway works against the grid; how the area north of 155th Street faced unique topographical information. Some things are given short shrift—we would have liked more information on the Flatiron Building, for instance, or the development of Times Square—but these are minor quibbles. This is a title well worth owning for anyone who appreciates Manhattan’s past and wants to explore it in greater depth.

(And to plug our own book for a minute—it really does make an excellent companion to Inside the Apple, amplifying and illustrating many of the points we make.)