On April 25, 1901, New York State became the first in nation to require license plats on automobiles. The plates were not issued by the state -- that practice would not begin until 1903 in Massachusetts -- but instead had to be created by vehicle owners. 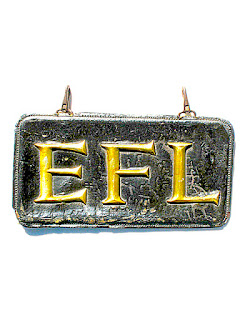 From 1901 thru mid-1903, New York State required automobile owners to file an application with the state, and upon receipt of a certificate in return, motorists placed their initials on the rear of their machines.... [U]se of the owner’s initials as a means of identification greatly facilitated law enforcement and made drivers more accountable for the way in which they operated their automobiles.

Holding drivers accountable was certainly on the minds of New Yorkers: the first automobile traffic fatality in the nation had occurred in New York in 1896, and skyrocketed from there. In 1913, 221 people were killed in car crashes in the city, most of them pedestrians. (To help alleviate the menace of vehicular traffic, the city installed its first tricolor traffic signal in 1920; officials have been trying to figure out other ways to calm traffic in the city ever since.) 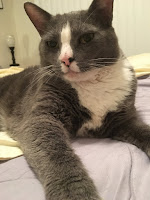 Posted by Michelle and James Nevius at 1:14 PM