Readers of Footprints in New York and lovers of New York City history may recognize the townhouse above as 29 East 4th Street, the home of Gertrude Tredwell and family, which is now operated as The Merchant's House Museum.

As we write in our chapter about Gertrude in Footprints:


Today known as the Merchant’s House Museum, [29 East 4th Street] is the best preserved early-nineteenth-century townhouse in the city, and its preservation owes much to the fact that from 1835 until 1933, it was occupied by just one family: that of hardware merchant Seabury Tredwell.

Seabury Tredwell’s youngest daughter, Gertrude, was born in the house in 1840, and died there in 1933. In those ninety-three years, amazingly, very little had changed. She’d kept the furnishings her father had brought with them when they first moved in. Even the chandeliers were still gas. As the city grew and changed around Gertrude, she was holding onto the past. Without intending to, she had maintained much more than a house; she’d preserved an entire way of life.

Today, that way of life is under siege. In 2014, the Landmarks Preservation Commission approved the construction of an eight-story hotel in the vacant lot next door to the home. The developer of that hotel is now looking for the city to grant them various zoning variances, including allowing them to construct a building that is 100 feet tall, which would tower over the block.

The Merchant's House Museum -- one of only six residences in the entire city that is both an interior and exterior landmark -- is genuinely worried that hotel construction will seriously impact the museum or even cause it to become structurally unstable.

If you'd like to help, go to http://merchantshouse.org/calltoarms/ for more information. You can make donations to the museum directly from that page or use the handy form to contact the City Planning Commission. There's also a Community Board meeting on Wednesday, April 11, for those who'd like to attend.

The Tredwell house is always our recommendation for those interested in 19th-century domestic history. If you haven't been -- or haven't been recently -- you can also stop by for a guided or self-guided tour. It's well worth your time. 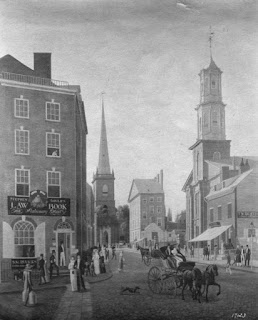 Another opportunity to explore Old New York comes on Saturday, April 21, with our "Hidden History" walk of Lower Manhattan from Noon-2pm.

Join us for a walk around the Financial District in search of moments from the city's rich history that have faded from view. We'll search out forgotten marble markers, obscure statues of famous people (and famous statues of obscure people), explore the remnants of the Dutch village of New Amsterdam, and discover why New Yorkers a century ago were OBSESSED with the American Revolution. Whether you've traversed this neighborhood your whole life or are new to the area, this tour will likely show you places you've never seen before.

EARLY BIRD SPECIAL: Reserve on or before Friday, April 13, you can reserve spots for just $20 per person, after which time the price will jump to $25 per person.

TO RESERVE: Send your name, the number of people in your group, and a contact number (in case we have to contact you on the day of the tour) to walknyc@gmail.com. We will send you a confirmation with details of where to meet within 24 hours. 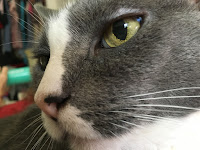 Posted by Michelle and James Nevius at 12:09 PM