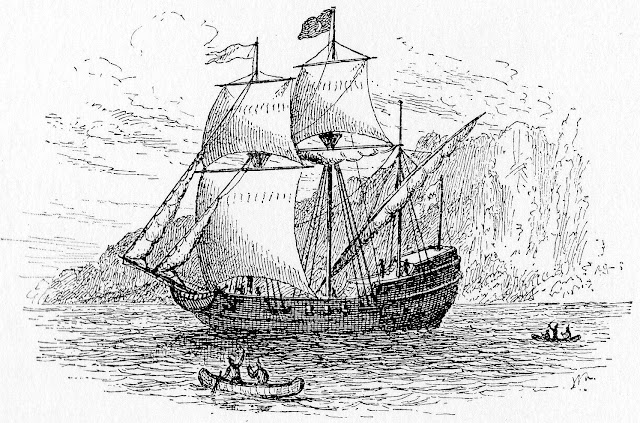 As we've noted on this blog before, there is a disagreement among historians about when Henry Hudson arrived in New York Harbor and first spied Manhattan island and the river that would eventually bear his name.

September 13th is the day traditionally held to be New York's anniversary and back in 2009, it was on that date that the city celebrated its 400th birthday, complete with a royal visit from the Prince of Orange (now the King of Netherlands) and Princess Maxima.

In fact, Hudson was already in and around New York days earlier.

We have a detailed description of Hudson's voyage thanks to the journal of his first mate, Robert Juet. Here's Juet's entry for September 13:

Very fair and hot....we turned into the river two leagues and anchored. 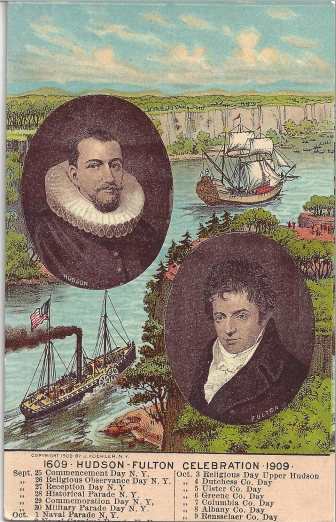 Thus, it would appear that on September 11, Hudson "went into the river" and anchored in the "very good harbor," which means that on September 11, 1609, the Halve Maen was at anchor somewhere in New York harbor. Today, of course, we cannot think of September 11 without turning to more recent New York City events, but there's still no reason not to commemorate Hudson on the day he actually sailed into the harbor.