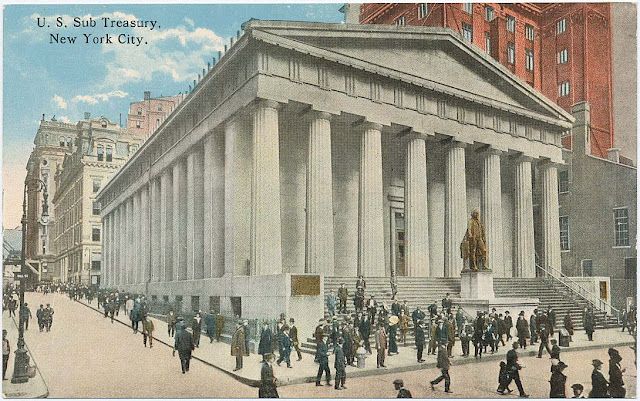 Happy Constitution Day! On September 17, 1787, the United States Constitution was signed. That event might have happened in Philadelphia, but it was crucial for New York. As we write in Inside the Apple:


The years between the end of the war and the inaugural were a frenzy of political activity centered on replacing the Articles of Confederation, which had been adopted by the Second Continental Congress in 1781, with a broader federal constitution. Key among the New Yorkers working on this new constitutional government was Alexander Hamilton, who...had risen quickly during the Revolution to become one of Washington’s most trusted advisers.

In May 1787, the Constitutional Convention began in Philadelphia, which was America’s largest city and had long served as America’s political center. But congress itself had not been meeting in Philadelphia since June 20, 1783, when the State House had been surrounded by mutinous Pennsylvania soldiers looking for their Revolutionary War back pay. Under the Articles of Confederation, the federal government lacked the power to disburse the mob—and Pennsylvania’s executive committee refused to do so—forcing congress to flee to Princeton, New Jersey. Over the next two years, the seat of congress moved a few times until finding a home in New York City.

As part of the new Constitution, the states agreed to have a capital city that was not governed by a state, thus heading off another Pennsylvania debacle, and Alexander Hamilton’s preference was for that city to be his own. Pierre L’Enfant, who would achieve great fame as the master planner of Washington, D.C., remodeled the old British City Hall on Wall Street to serve not only as the meeting place for congress and the new chief executive but also continue to house New York City’s government offices....

It was in this new capitol building that the Bill of Rights was adopted on December 15, 1791. However, what we call Federal Hall National Memorial today (labelled in the postcard above as the US Sub Treasury)


has no connection to the original structure save for its location. When a replacement City Hall for New York was being constructed in the early 19th century, the L’Enfant building was sold at auction, netting only $450. The present structure, by Town & Davis, opened in 1842 as the US Custom House. It served as treasury building until the 1920s and was later converted into a museum, today run by the National Park Service. It holds some fragments of the original building, including parts of the balcony on which Washington was sworn in.

Go to http://blog.insidetheapple.net/2015/09/postcard-thursday-little-italy-walking.html for details and to sign up. 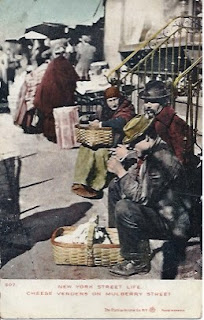 Posted by Michelle and James Nevius at 12:20 PM