Titanic at 100: Myth and Memory

There's been much fanfare in commemoration of the sinking of RMS Titanic on April 15, 1912, en route to New York on its maiden voyage--a new miniseries, the re-release of James Cameron's 1997 film Titanic in 3D, and a host of articles, documentaries, and museum exhibitions.

We recommend the exhibition at the South Street Seaport Museum entitled Titanic at 100: Myth and Memory, which is running through May 16. The exhibition features a host of Titanic ephemera, from the china commissioned for the ship (the examples on view were extras not taken on that first voyage) to advertisements in New York for the April 20 return voyage to Europe that never happened. The most fascinating part of show is its centerpiece--the dispatches sent and received from the Titanic, Olympic, Carpathia, and other ships by marconi wireless operators that document the sinking in real-time.

Just outside the gallery is one of New York's permanent Titanic memorials, the old lighthouse that once stood atop the Seaman's Church Institute at Coenties Slip. When that building was demolished in the late 1960s, the lighthouse was moved to South Street Seaport. (You can see advertisements for the public subscription for the memorial--launched just after the sinking in 1912--in the exhibition.)

If you want to make a self-guided tour of Titanic sites in the city, the New York Daily News published this handy map a couple of weeks ago as part of their coverage of the disaster. (Full disclosure: we helped.) 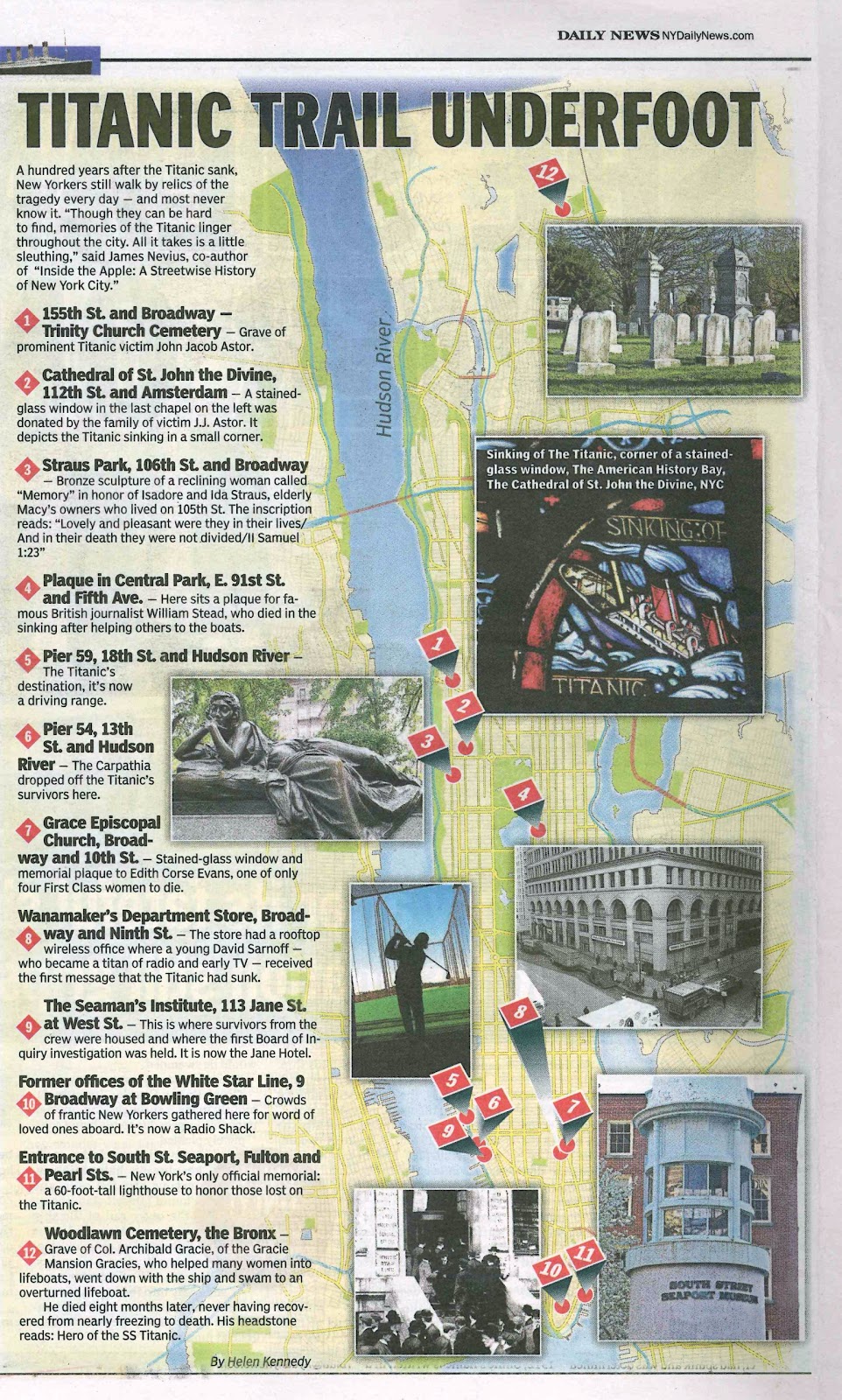 More information about New York at the end of the Gilded Age can be found in our book, Inside the Apple: A Streetwise History of New York City, available from Amazon.com and fine booksellers everywhere.